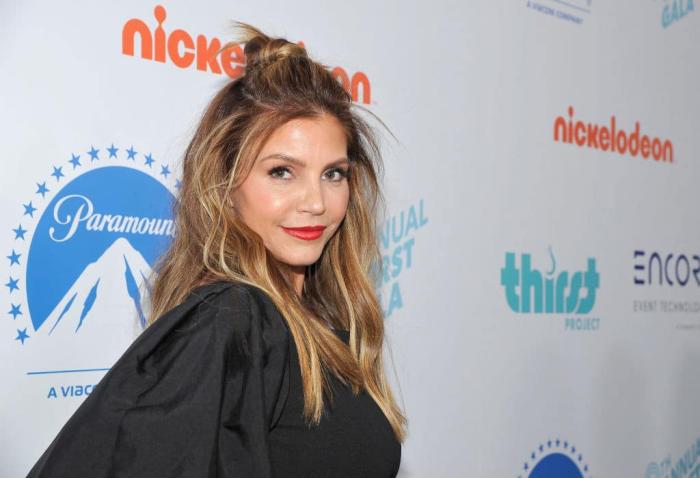 Scoobies, Assemble: The Buffyverse Speaks Out In Support Of Charisma Carpenter

It’s been a difficult week in the Whedonverse; since Charisma Carpenter posted her statement about Joss Whedon’s abusive treatment on set, many of the big names associated with Buffy the Vampire Slayer and Angel have come out to publicly show their support. We have collated their responses here, but if we have missed any, please do share them in the comments.

Buffy was a toxic environment and it starts at the top. @AllCharisma is speaking truth and I support her 100%. There was a lot of damage done during that time and many of us are still processing it twenty plus years later. #IStandWithRayFisher #IStandWithCharismaCarpenter https://t.co/WJAmDGm76C

For what it’s worth, I believe and stand with @allcharisma, @ray8fisher, @amber_benson and others who have the strength to come forward with their truth. A lot of this industry needs a reset….. #IStandWithCharismaCarpenter #IStandWithRayFisher

While I will always be honored to have played the character of Spike, the Buffy set was not without challenges. I do not support abuse of any kind, and am heartbroken to learn of the experiences of some of the cast. I send my love and support to all involved.

Anthony Head talked about it in an interview for This Morning:

Sending love and support to @AllCharisma @amber_benson @RealMichelleT @SarahMGellar and all who have gone public about their toxic experiences on @BuffyTVS. I truly admire your bravery in speaking out.

So as not to center myself in the narrative, I thought it was important to leave space for the women and series regulars of BTVS to speak. But while I am here listening, I wanted to take a moment to send my love and support to the women of Buffy.

I support Charisma, Sarah, Amber & Michelle. I admire their courage and leadership. The truth is powerful and it prevails.

I am amazed at the bravery of those who speak out against toxicity and abuse. While I never experienced it first hand I had heard stories for YEARS from many people who did. I am sorry it took so long for the truth to finally come out. #IStandWithCharismaCarpenter

Sending you my love, @allcharisma. I know the feelings of vulnerability and fear that come with speaking your truth. As I said to you yesterday, I am here for you, however you need me. 🙏🏾❤️

My heart goes out to all victims of abuse. Sending love to my fellow Buffy and Angel survivors. I stand with you and support you. ♥️

I know you’re there for me, David. I appreciate all you’ve done to demonstrate that support privately as well. Especially since Wednesday. -Thank you so much. ♥️

I would like to validate what the women of Buffy are saying
and support them in telling their story. They deserve to be heard.

I understand where @AllCharisma, Amber, Michelle and all
the women who have spoken out are coming from.

"Casually cruel" is a perfect way of describing Joss. He thought being mean was funny. Making female writers cry during a notes session was especially hysterical. He actually liked to boast about the time he made one writer cry twice in one meeting. #IStandWithCharismaCarpenter https://t.co/SgPF1rgRby

Thank you, @AllCharisma, for these brave remarks. I'm sorry that happened to you, and sorry that we didn't know it at the time. You're amazing—and Cordelia, I've said many times, was my favorite character to write. You're the reason why. ❤️ #IStandWithRayFisher

It’s important to note that no-one is obligated to say something publicly if they don’t feel comfortable or safe doing so. We can see from some of the statements above that there have been private conversations of support as well. That’s something I wanted to mention in particular here, because there are some well-known cast members who haven’t responded publicly (yet) but who may have reached out privately or feel unable or unwilling to comment for other reasons. I am not assuming that someone’s silence is a statement of solidarity with Whedon. However, some of the responses above do manage to walk that careful line of offering solidarity and emotional support, even if their experiences were different, and that might be something for some other cast members to bear in mind!

I don’t think anyone’s going to beat Nicholas Brendon’s no comment though. You know how sometimes, the person giving a public statement has to say ‘no further questions’? Yeah. No need for that here. This is a masterclass in avoiding supplementary questions.

(Joking aside, there’s nothing wrong with saying you want to wait until you’re in the right frame of mind to make an official statement.)