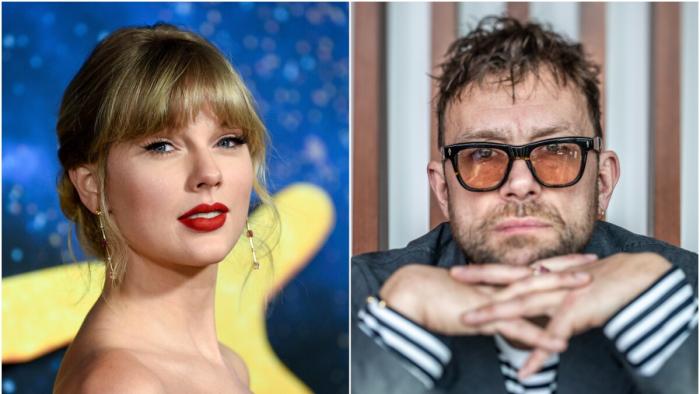 Taylor Swift has been keeping herself very booked and very busy for the last couple of years.

Not as if her career or her popularity were ever in danger of disappearing, but when both Taylor and the world discovered that the master recordings of her first six albums had been sold by Scott Borchetta at Big Machine Label Group (Taylor’s former record label before moving on to Republic Records and Universal Music Group) to Scooter Braun at Ithaca Holdings, Taylor made it very clear that she wasn’t happy about any of this (especially not about who her master recordings had been sold to), and so instead of sitting idly by and letting Scooter make millions of dollars from her work, she decided that not only would she record and release new albums with new songs (Folklore and Evermore), she would re-record her first six albums. The last one she re-recorded, Red, had everyone talking, particularly because she made a longer version of her song “All Too Well,” which described a past relationship that went from happy and passionate to heartbreaking and tumultuous, and it was said that this past relationship was about when Taylor dated Jake Gyllenhaal in 2010. Not only did we get a ten-minute version of the song, not only was it performed in its entirety on Saturday Night Live, but she also directed a short film/music video to accompany the song, starring Dylan O’Brien and Sadie Sink.

Despite all of this, there are some who still question Taylor’s work ethic when it comes to her music and how it’s made. One of those people was musician Damon Albarn, singer/songwriter known mostly for his bands, Blur and Gorillaz. When he was recently interviewed by the Los Angeles Times about the upcoming release of his newest solo album, The Nearer the Mountain, More Pure the Stream Flows, as well as a concert performance that occurred yesterday at Walt Disney Concert Hall yesterday to promote said album, this was the portion of the interview that grabbed everyone’s attention, including that of Taylor Swift’s.

Your show at Disney is you on piano. Whose playing inspires you? Thelonious Monk is my favorite. And I was very lucky to spend a bit of time with Rubén González, just watching him play. It’s a very nice thing to be able to do something that doesn’t require any amplification. But it’s actually quite hard, doing a whole concert on piano. It’s not hard playing in a band.

Hard because it’s so exposed?
You can’t hide behind anything. You learn whether the songs are any good or whether they were popular at the time because of the sound and the attitude. It’s a day of reckoning — and one, to be honest, that not much modern music could withstand.

You think a lot of modern musicians are relying on sound and attitude?
Name me someone who’s not.

She may not be to your taste, but Taylor Swift is an excellent songwriter.
She doesn’t write her own songs.

Of course she does. Co-writes some of them.
That doesn’t count. I know what co-writing is. Co-writing is very different to writing. I’m not hating on anybody, I’m just saying there’s a big difference between a songwriter and a songwriter who co-writes. Doesn’t mean that the outcome can’t be really great. And some of the greatest singers — I mean, Ella Fitzgerald never wrote a song in her life. When I sing, I have to close my eyes and just be in there. I suppose I’m a traditionalist in that sense. A really interesting songwriter is Billie Eilish and her brother. I’m more attracted to that than to Taylor Swift. It’s just darker — less endlessly upbeat. Way more minor and odd. I think she’s exceptional.

It didn’t take long for Taylor to find out what Damon said about her, and when she did, she made it crystal-clear that she was pissed the f-ck off at how he would ever let such an insinuation about her be said out loud, and said out loud for millions of people to read.

Even her collaborators took offense to Damon’s statement and didn’t hesitate to call him out on social media. Jack Antonoff, lead singer of the bands Bleachers and Fun, who has also produced several of Taylor’s albums and co-wrote songs with her for those albums, even brought back a classic insult from the 1990s when tweeting about Damon.

i’ve never met damon albarn and he’s never been to my studio but apparently he knows more than the rest of us about all those songs taylor writes and brings in. herb.

It also didn’t take long for many of Taylor Swift’s fans to bring all nine circles of Hell to Damon Albarn and to his Twitter mentions. Some of them claimed that they had no idea who he even was. They thought he was just some unknown musician talking sh-t about Taylor to sell more copies of his album, and others were quite familiar with Damon and his catalog, and still thought he had no business talking sh-t about Taylor, or going after a bigger and more popular artist just to make himself look cool. There were those who suspected that Damon wouldn’t notice or care about Taylor Swift fans cursing his name and his very existence, especially after having survived a feud with Liam Gallagher, of all people.

well, it's my first day as Damon Albarn's new image consultant. now to take a big sip of tea and look at the internet

Damon Albarn, what could possess you to take a shot at Taylor Swift of all people. Jesus Christ I’d rather get caught selling government secrets to the KGB

People are talking about Taylor Swift's fans going after Damon Albarn for this. Meanwhile, I'm sitting here refreshing Liam Gallagher's Twitter like a mad man waiting for him to say something like "The dum fuckk always wuz a twat. I been tell you lads that since 95 LG x" https://t.co/C7oIj3WGvJ

Nothing gives me more serotonin than Taylor Swift taking down a man - especially a man who thought he was better than her due to a large amount of unearned confidence.

The singer of Eve 6 couldn’t help but join in when it came to talking sh-t about Damon, and letting everyone know how foolish he was for what he said.

Even Gabriel Boric, the president-elect of Chile, decided to let Taylor know that he had her back.

Here in Chile you have a huge group of supporters who knows that you write you own songs from the heart. Dont take seriously guys that need to insult or lie to get attention. Hugs from the south Taylor

A little over an hour later after his quotes about Taylor Swift went public, Damon responded to her tweets. He not only apologized to her for what he said, but then backpedaled like his whole damn life depended on it explained that what he said in the interview was taken out of context and reduced to nothing more than clickbait. Despite the fact that nearly everyone who had something to say about Damon Albarn’s interview with the Los Angeles Times actually read the interview and read exactly what he said, which was practically captured in 4K.

I totally agree with you. i had a conversation about songwriting and sadly it was reduced to clickbait. I apologise unreservedly and unconditionally. The last thing I would want to do is discredit your songwriting. I hope you understand. - Damon

Some people on Twitter couldn’t help but wonder why Taylor felt the need to make it public that she was upset with Damon for what he said about her. They wondered why she would risk Damon being constantly harassed and insulted by her extremely passionate fans (the same fans who give the fandoms for Marvel, Star Wars, Zack Snyder, and Beyoncé a run for their money when it comes to their rabid intensity, and who were furious with Pitchfork magazine when they reviewed her album Folklore and only gave it an 8 out of 10), and wondered why she didn’t just keep her thoughts to herself, channel them through her music, and continue making hits that make her money. That is quite the strange response to a woman having her skills and her work ethic being publicly questioned and disrespected by a man who works in the same field she does. Yes, Taylor could’ve simply kept her opinions about Damon off of Twitter and shared them only with her close friends in her group chat. But why should she have to, especially when she wasn’t the one who was in the wrong? Staying quiet and keeping her thoughts to herself is what men like Scooter Braun would prefer so that they can say and do whatever they want to whoever they want, especially those who are deemed as less powerful than them. (Let’s also not forget that Swift is a survivor of sexual assault, which makes that particular response to Taylor’s tweets even more perplexing) If Taylor had chosen not to speak out and stand up for herself, then Scooter’s reputation would remain unscathed, and the money-printing machine that is his ownership of Taylor’s master recordings wouldn’t be put at risk, no matter how minimal.

As for Damon’s comment about how songwriters who co-write with others don’t count when it comes to writing your own songs? Yes, let’s pretend as if some of the greatest songs in all of rock and R&B and pop weren’t the results of songwriting collaborations like Mick Jagger and Keith Richards, John Lennon and Paul McCartney, Carole King and Gerry Goffin, Kenneth Gamble and Leon Huff, Elton John and Bernie Taupin, Joe Strummer and Mick Jones, Nile Rodgers and Bernard Edwards, Nickolas Ashford and Valerie Simpson, Paul Simon and Art Garfunkel, Daryl Hall and John Oates, and the motherf-cking Isley Brothers, and should be scoffed at and not really count because the songs that they crafted weren’t the result of one singular voice? Only to then contradict yourself by complimenting the songwriting talent of Billie Eilish, who literally writes songs with her brother FINNEAS?

If you prefer one over the other, as you clearly do, just say so and be upfront about it. Don’t try to pit one female artist against another on some “she wears high heels, I wear sneakers” bullsh-t, and don’t try to belittle artists who collaborate with others to create their songs and craft the lyrics for them as if their work is lesser than. Especially when there are dozens, if not hundreds, of songs by plenty of talented artists that clearly prove that you don’t know what the f-ck you’re talking about.