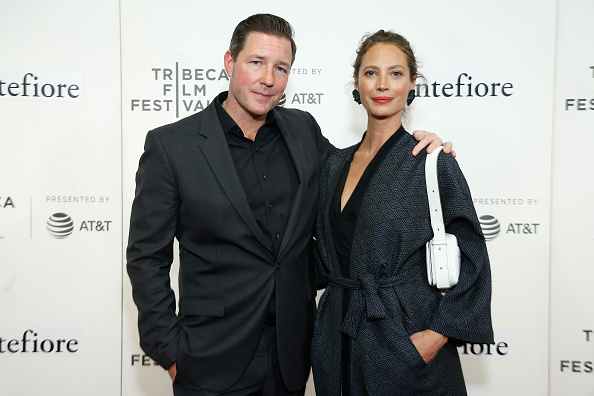 I loved Spielberg’s Amazing Stories anthology series growing up, and I am excited to watch the new iteration of it on Apple TV+ with my kids when it comes out. I was watching the trailer for the series the other day, however, when I spotted this frame. 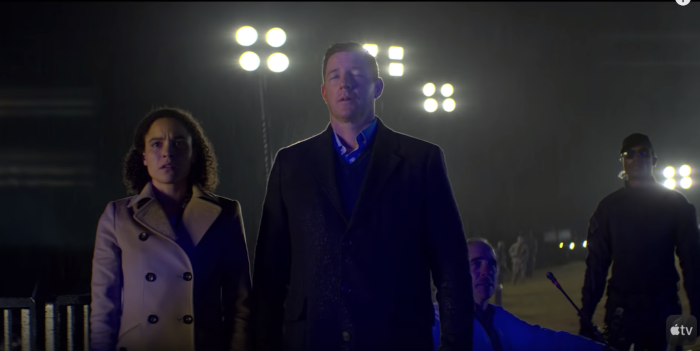 Whoa! That’s … Ed Burns. Where the hell has that guy been?

Look: This is not going to mean that much for most people here, but there was a brief period in the ’90s where Ed Burns was destined to be, like, the next Woody Allen. Thanks to guys like Kevin Smith, Neil LaBute, and Richard Linklater, for a few years in the mid-’90s, it felt like the easiest way to break in was to make a movie for $12 and get it into Sundance. In ‘92, Robert Rodriguez made El Mariachi for $7,000. In ‘94, Kevin Smith premiered Clerks — which he made for $27,000* — at Sundance and got it bought by Miramax. All of a sudden, Kevin Smith was the next Tarantino, because in that period of time, everyone confused money-saving ability for talent (not that Smith doesn’t have talent, mind you — I love Smith, but you know what I mean. He’s not nor was he ever going to be the next Tarantino).

(*Kids, $27,000 may not sound inexpensive in the era of the camera phone, but back in the day, filmmakers on a shoestring had to make films with three camcorders, some bungee cord, duct tape and spit, and then edit it by piggybacking two VCRs together.)

The next year, Ed Burns came along with The Brothers McMullen, which he wrote, directed, and starred in. It cost $28,000, and it won the Grand Jury Prize at Sundance. I remember watching McMullen and thinking, “Wow! It’s really impressive that Burns made this movie for $28,000!” That and Connie Britton’s first onscreen appearance were about the only things I remembered about that movie, other than everyone had a Long Island accent.

Burns came out of Sundance as the “next big thing,” because I guess someone thought that what cinema was missing was the voice of Long Island. A movie studio gave him $3 million and told him to go out and make another film like The Brothers McMullen, only one that people would actually pay to see outside of Park City, Utah. So, Burns made She’s the One, which starred himself, Jennifer Aniston, Cameron Diaz, Amanda Peet, and John Mahoney. Everybody was Catholic. Their last names were Fitzpatrick. There was a Molly, etc., etc. It was all very Irish, very Catholic, and very Long Island.

It was not, however, very good, and it only made $13 million at the box office.

It was the closest thing to a big hit Burns would ever have as a writer/director/star, although he has since written/directed/starred in 12 other films. Despite a fairly extensive catalog, Burns is probably still best known for playing himself in four episodes of Entourage in a sort of meta role of the Johnny Drama of directors trying to resurrect Johnny Drama’s career.

… where was I? Oh yeah. Ed Burns. Granted, he’s worked steadily over the last 25 years. He played Bugsy Seigel opposite Jon Bernthal in Frank Darabont’s Mob City, a series I remember watching, and yet I have no memory of Ed Burns. A couple of years later, he wrote, starred in, and directed a similarly themed TV series with Michael Rapaport, Public Morals. He also had a sizable role in Saving Private Ryan. He was the guy who wasn’t Tom Hanks or Matt Damon.

Interesting twist here, though: For the last nearly 20 years, he’s been married to Christy Turlington, a supermodel back in the ’80s and ’90s. They have two kids together, and they seem very happy. Good for them!

I turned 51 on January 2nd. It was a perfect day start to finish spent with most of my family and dear friends. Thank you for all the lovely birthday wishes. I felt every one of them deeply. 🙏🏽 #fauxfur