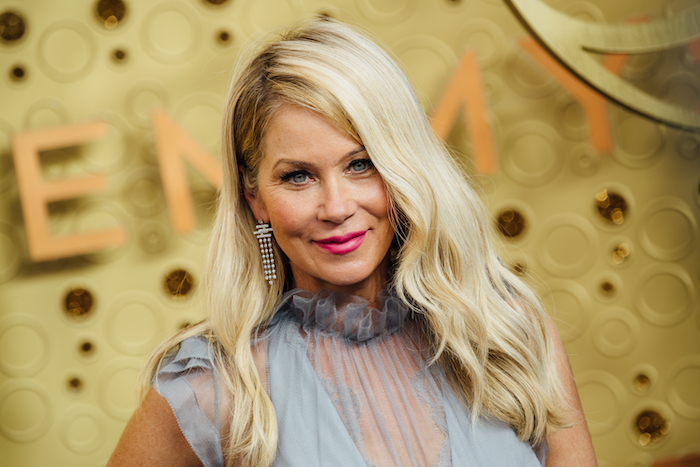 Unpacking the Christina Applegate And Giuliana Rancic 'Feud' from the Emmys

I must disclose my massive bias towards Christina Applegate right off the bat: I f*cking love her and have, since I was a very young child sneaking episodes of Married… With Children because it was the one show I was not allowed to watch growing up (side note: Mom, that was a good call. That show sucks, Peg and Kelly Bundy, and their fashion sense notwithstanding.) She is the coolest and can do no wrong in my eyes, so if you’ve come here looking for a measured take on what I’m about to share with you, you would be wrong, friend.

Anyway, Christina Applegate, who has been in the Hollywood game a long f*cking time and is still out there getting jobs and getting nominated, probably ran out of f*cks to tolerate this year, because she was not having any of it on the red carpet yesterday at the Emmys.

Christina Applegate didn’t have to murder Giuliana Rancic like this #Emmys pic.twitter.com/bg9z6ObPEn

You know who else has been in the game a long time? Giuliana Rancic. 17 years, in fact, working the red carpet. That’s a lot of opportunities for these two ladies to run into each other and form opinions on the other. What we saw last night was 17 years in the making, and obviously I’m here to tell you what it possibly could have been about.

Option 1: Christina Applegate is a Jules Asner fan. Friends, before there was Giuliana, there was Jules Asner, who left the E! network right as Giuliana came on, amid speculation of an All About Eve scenario (I mean, at least among me and my friends.) Perhaps Christina is a massive Jules fan, and never thought Giuliana measured up in comparison, which is why she (and her daughter) don’t watch the network.

Option 2: Giuliana stole a parking spot from Christina. Parking in LA is rough, I know I would carry a lifetime grudge if someone snatched a parking spot out from under me.

Option 3: Past life s*it. Look, any time I just dislike someone off the bat, even though they did nothing wrong to me, I chalk it up to past life s*it, operating under the assumption that they did something to me in a previous life, and that anger and disgust carried over into this one as well. You know, just like everyone else thinks, too.

Option 4: Rancic trash-talked Don’t Tell Mom the Babysitter’s Dead. There’s only one way to make me publicly trash your work and network, on TV, in front of everyone and that’s if you disrespect one of the most perfect movies ever made, Don’t Tell Mom The Babysitter’s Dead. I’m not saying that’s what happened here, but I am saying I would react like Christina Applegate did in that clip above, if it did

Option 5: Christina Applegate just doesn’t care. Like I said at the start of this post, Christina Applegate has worked almost continually since 1981. That’s 38 years. If she were a man, the equivalency would be 75 years in Hollywood, because we all know how they like to cycle through lady actors and cast them aside, and yet Christina Applegate is still here. That deserves respect. She’s put in the work and got nominated (again) and here Giuliana is asking her to not talk about what she’s accomplished and instead say hi to her daughter at home. How many men got the same treatment?

Look, these are all just some hypothetical reasons, but let’s be brutally honest here, the most likely reason of all that her daughter isn’t watching E! is that Christina, like a lot of us, is a cord cutter, and if her daughter was watching it at home, she was probably watching it from a live stream like everyone else.

← Bradley Cooper and Oprah Did What Together?! | January Jones Did Not Want to Sleep with 'Old Man' Bruce Willis →