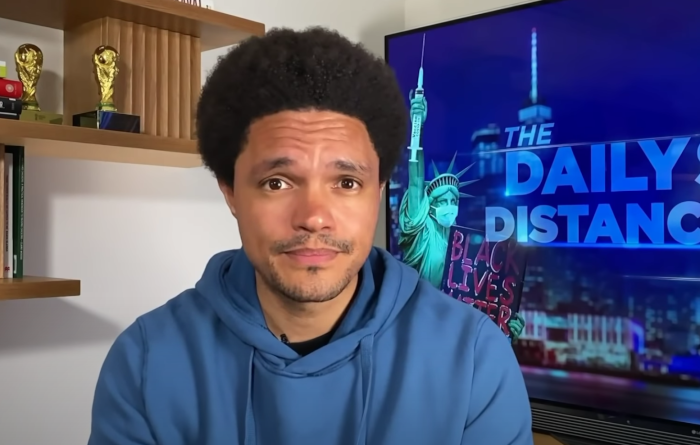 Trevor Noah Gets to the Heart of the Chrissy Teigen Matter

Kayleigh (and Mike in Pajiba Love) have covered it, but I haven’t personally hit upon the Chrissy Teigen story, because I know anything said by a guy who runs a site that used to have the tagline, “Scathing Reviews for Bitchy People” and used to revel in Teigen’s tweets dunking on Trump, will sound hypocritical. I was around in the aughts, and wrote a lot of brutal reviews, and said things I wouldn’t say today, not out of fear of cancellation, but because I don’t think like that anymore. No one needs to fucking remind me of my old reviews; I know. But the site brought in new writers, and the site evolved, and I evolved, and our writers evolved, and our readership evolved and we evolved because of our readership, and now I can’t even properly shit on Manifest without feeling guilty. Ugh. I’ve gone soft.

That’s what Trevor Noah is getting at in his “Let’s Talk This Out” segment on Chrissy Teigen. The things that Teigen said to Courtney Stodden and Michael Costello were inexcusable and “pretty f*ked up.” But Noah himself also concedes, “Lord knows that I’ve said things on Twitter that I wouldn’t say today.”

But we shouldn’t ignore the fact that “back when Chrissy was bullying people online, millions of people were cheering for her, but now a lot of those people are criticizing her for that same thing they cheered.” And that’s the thing, isn’t it? Social media platforms encouraged and rewarded Chrissy Teigen for being a bully. “Social media encourages people to be their most asshole self.” Twitter created an environment where “everyone wanted to say the nastiest things they can think of until they go too far, and all of a sudden the outrage they were a part of turns on them.” Hell, nearly every celebrity site that existed before 2014, and is criticizing Teigen today, is probably guilty of some level of hypocrisy.

But, as Noah says, the fact that social media is going after Teigen now instead of cheering her on is good, because “it shows that society has evolved,” and it’s done so in spite of the fact that Twitter still often rewards asshole behavior.

“We don’t accept the shit that we used to,” Noah says, and that is true of society, of ourselves, of the way we parent, and of the way we interact with the world.


← Just a Collection of Some of My Favourite 'Anakin and Padme' Memes | Surprise, Motherf***er, America Has A Rage Problem →