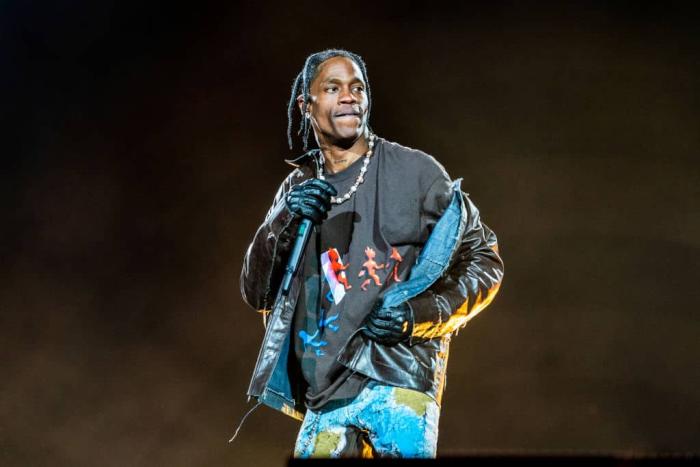 While rapper Travis Scott’s legal team tries to have the various lawsuits filed against him dismissed, he finally seems to be suffering some consequences regarding the fallout from the Astroworld Festival disaster. He has been dropped from his headliner spot for next year’s Coachella Festival. Coachella’s producer, Goldenvoice, has reportedly chosen to cut ties with Scott following the deaths and injuries that occurred during Scott’s own music festival. Ten people died last month and hundreds more were injured during a deadly stampede that occurred while Scott performed. A Change.org petition was started in the days after the tragedy, demanding his removal from Coachella’s lineup.

According to Variety, Scott will still receive a kill fee for the cancelation, which is expected to be about 25% of his initial fee. Sources told the publication that Scott’s longtime agent, Cara Lewis of the Cara Lewis Group, was initially determined to hold onto the slot, which would have marked Scott’s return to the stage after Astroworld.

This past weekend, Scott also lost a crucial endorsement. Anheuser-Busch announced that it would discontinue sales of Scott’s Cacti hard selzers, which have been in stores for less than a year. While the spokesperson for the company declined to comment on whether this decision was related to Astroworld, it’s hard to imagine that it didn’t impact their choice in some way. In their statement, they said, ‘We believe brand fans will understand and respect this decision.’

Scott gave his first interview since the disaster to Charlamagne Tha God last week. In it, he claimed that ‘it wasn’t really until minutes until the press conference until I figured out what happened.’ He also denied hearing any distress from the crowd that would have caused him to stop the show.

It seems genuinely and dishearteningly surprising for a celebrity to face genuine professional and financial repercussions for their wrongdoing. We’re so horribly used to the absolute worst instances of cruelty and abuse being swept under the rug or the very notion of accountability being bemoaned as boo-hoo cancel culture or whatever. Given how popular Scott is, I would not have been surprised if he’d kept a hold of that Coachella spot. But, of course, this isn’t just about punishment. It’s a public health issue. Scott has a long history of inciting riots at his concerts. He’s been charged on more than one occasion with doing so. People got seriously injured at his gigs long before Astroworld. Children died at that festival last month. Having someone like that headline a festival with over 150k attendees is a liability waiting to happen.

Fans and skeptics alike are also just not buying his public displays of contrition. His offer to pay for the victims’ funerals was widely rejected by their families as a shameless tactic of faux-apology. Nobody seems to believe him or his plus-one, Kylie Jenner, that he wasn’t aware of some sort of danger during his performance. Astroworld is his festival and he can’t shake off responsibility when his name is above the door. Add to that his long history of giddily encouraging concert violence and it’s no wonder he’s suddenly playing the role of the sad boy who didn’t do anything wrong, he swears.

It remains to be seen how the lawsuits will unfold or if Scott’s lawyers can successfully fend off what could be billions of dollars worth of damages. Billboard reported last week that stated the numerous lawsuits against Scott and Live Nation may be consolidated into one large case.