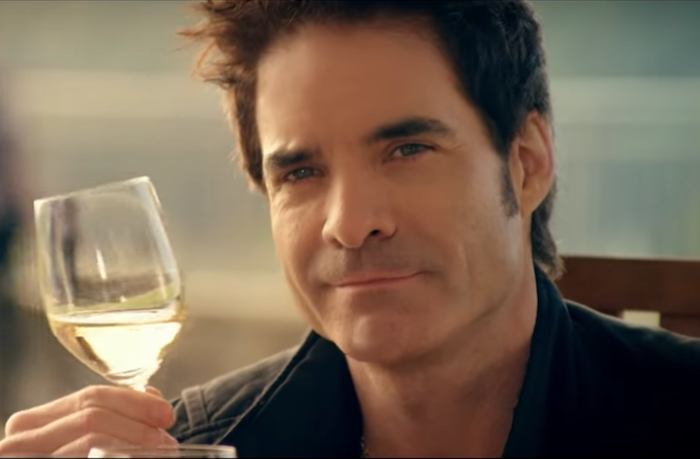 Train Probably Had the Best Song of the Decade. Which One? Dunno, Your Choice!

Let’s get this out of the way—am I happy about publicly stating that the best song of the decade was written and performed by a white guy named Pat? No. Of course not. Do I personally prefer “Truth Hurts” by Lizzo, by a lot. Like, a lot a lot? Of course. “Why men great ‘til they gotta be great?” is one of the best opening lyrics to a song of all time, and I will die on this hill.

“So why are you doing this, Kate?!” you may be wailing in despair, while you tear out clumps of hair, while also hitting yourself like Marky Mark in Fear.

Well, friend. It’s the last Sunday of the year and, well, why not?!

“But why Train, Kate, why?!?!” you are probably shouting in the void while your mouth is stuffed with cheesecake (no? Is that just me? Cool.)

I’m glad you (hypothetically) asked. I’ll explain how I came to this godforsaken conclusion.

See, “best” or “favorite” of anything is a highly subjective. If I had my way, the entire world would be celebrating The Twilight Saga: Eclipse as the greatest movie of the decade all time. Why? It’s a movie about teenage werewolves fighting “new-born” vampires and Robert Pattinson is there also. Duh. Movies don’t get better than that. Although, you probably disagree. Thus is the nature of taste (mainly that I have it, and people who disagree with me obviously do not. I’m sure you feel the same.)

So, in order to find any sort of consensus we’d have to go pretty far down a list to find a song where we agree, “hey, that’s pretty good.”

Enter Train, who wins the best song of the decade, due to it being decided by committee. Now, look—I like Train. I think they have their place in the pantheon of pop music, and the reason why I think they have the best song of the decade is that basically anyone can find a song of theirs that they like. Even if you heard “Hey Soul Sister” one too many times to ever enjoy it again, you have to admit, it’s catchy as hell and at one point, you probably enjoyed it when it came on the radio.

Then there’s “Play That Song” which is basically just “Heart and Souls” but with more flair. It’s pretty catchy, too.

“Drive By” is catchy, too! Do you see how I keep using the word “catchy”? That’s basically how to describe Train singles, friends.

Don’t forget about “Sing Together” it’s a pleasant ditty, with a ukulele, probably to remind you of “Hey Soul Sister” but you know what? It does, so it works.

The point is—there’s a Train song for everyone. If you don’t like what I posted above (although I suspect you probably do,) you just haven’t tried hard enough to find yours. As a result, Train wins the “Best Song of the Decade” debate, because while none of us probably feel passionately about any of their music, the vast majority of us agree that at least one of their songs is “pretty good” which when you’re trying to decide something by committee, wins out. So, congratulations Train. May the next decade rewards you with such vast treasures as this one.

← Who Were Jason Sudeikis And Adam Pally In 'The Mandalorian' Finale? | How Are Brad and Jennifer Still a Story? →