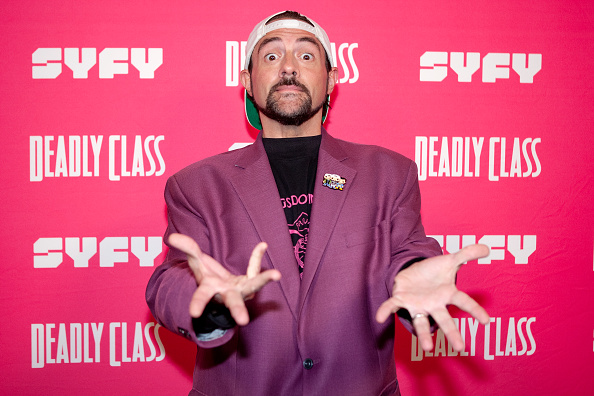 Welcome, Kevin Smith, to the Wilford Brimley in Cocoon Years Old club! Kevin Smith turns 51 today, joining the likes of Tom Cruise (59), Paul Rudd (52), Owen Wilson (52), and Vince Vaughn (51), among many others, in the “that can’t be right, can it?” fellowship of men. Ironically, Smith is probably in better health than he’s ever been, having shaped up after suffering a massive heart attack after performing on stage in 2018.

I bring this news to you chiefly because Smith also begins filming Clerks 3 today, and the story there draws at least some inspiration from Smith’s own life:

“Randal has a heart attack, decides that he came so close to death, and his life has meant nothing, there’s nobody to memorialize him, he has no family or anything like that,” Smith said. “He comes to the conclusion at mid-life, having almost died, having worked in a movie store his whole life and watched other people’s movies, he tells Dante, I think we need to make a movie. So Dante and Randal make Clerks. That’s the story of Clerks 3.”

The good news there is that only the heart attack is inspired by Smith’s life because he said at the time that if he had died, he’d have been happy with his accomplishments, and also, Smith obviously has a huge amount of love and support in his life. Whether you like the guy’s movies or not, it’s hard not to concede that he’s one of the better dudes in Hollywood.

But man: The backward hat thing looks worse every year that passes. Dude has a full head of hair, and he’s 51. Show it off, man!

Grateful Undead: Today is my last day of being a 50 year old. I turn 51 tomorrow as we start shooting CLERKS III - a sequel to a movie I dreamed about making 30 years ago, when I saw Richard Linklater’s masterpiece SLACKER for the first time on the night on my 21st birthday. ❤️🎥 pic.twitter.com/Cb81ohmksN