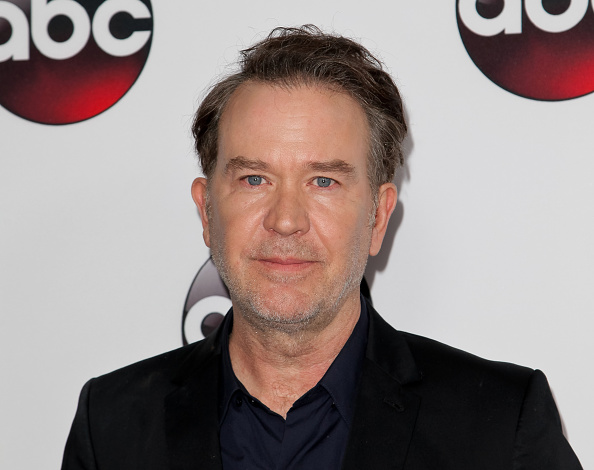 Timothy Hutton Sues After Being Fired from 'Leverage: Redemption' Over Sexual Assault Allegation

Timothy Hutton is suing IMDB TV after he was fired from the Leverage: Redemption after a sexual assault allegation was lodged against him in 2020. The allegation stems from an incident in 1983 in which Timothy Hutton allegedly raped a then 14-year-old Sera Johnston in Vancouver. After the allegation was brought forward in 2020, British Columbia authorities declined to prosecute (the age of consent is 16 in British Columbia, but it was 14 in 1983, though it is unclear if that was a factor. Also, 14? WTF?).

When this allegation surfaced, the producers of Leverage cut Hutton from the series and replaced him with Noah Wylie. Hutton is suing for $3 million, saying that he was owed $175,000 per episode, plus what he would have made for directing an episode. In addition to denying the allegation — Hutton calls it “patently false and designed only to extort money from him” — he also added that there is no morals clause in his contract.

“We take allegations of sexual assault very seriously, especially when children are involved,” the production company told Deadline. “Despite dealing with these allegations for years, Mr. Hutton failed to disclose them to us before or during negotiations for him to reprise his role in Leverage: Redemption.” The producers also vowed to vigorously defend themselves.

In a statement to The AV Club, Hutton’s lawyer also wrote of the production company’s decision to terminate him: “This was a flagrant and pretextual breach of an agreement that had been done for weeks before Electric Entertainment decided there was no deal. Worse, Electric made this decision without any investigation whatsoever.”

It’s unclear how much the production company investigated, but it is worth noting that Buzzfeed — which originally reported the allegation — did plenty of investigating itself, finding both an eyewitness to the crime, as well as five others who said that Sera Johnston had told them about the alleged rape over the years.

← Sam Elliot Thinks 'The Power of the Dog' is a Piece of S**t Movie, But for Troubling Reasons | '1883' Is Unlikely to Receive a Second Season Or Additional Episodes, As Previously Reported →