Tig Notaro Is Taking Being 'Sexy A.F.' In Stride

Last week, Tig Notaro began trending on Twitter after appearing in Zack Snyder’s Army of the Dead trailer, which prompted the #HotTig hashtag, as well as a number of Twitter users calling her “Sexy A.F.” This is all the more remarkable since Notaro was added into the film postproduction, replacing disgraced comedian Chris D’Elia.

The decision to replace D’Elia is already paying dividends in the form of an obviously better movie now, plus some love for Notaro’s hotness. “So much has changed,” Notaro sarcastically told Jimmy Fallon last night. “This last week has been nuts.”

In reality, the host of Under a Rock with Tig Notaro actually had no idea what “Sexy A.F.” even meant. “My friends were texting me images of Twitter,” Notaro continued. “They were like, ‘You’re trending for being ‘badass’ and ‘sexy AF,’ and I was like, what is that?”

This is exactly what that is: 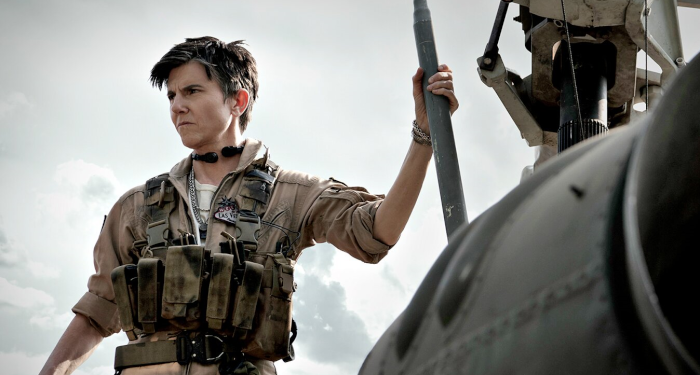 This is legit one of the best recasting decisions anyone’s ever made. Well done, Snyder. Army of the Dead, meanwhile, premieres on Netflix on May 14th.


← Morning Briefing: Walter Mondale, Politico is Trash, and Ted Nugent Has COVID | Stephen Colbert Makes A Case For Matthew McConaughey To Be Governor Of Texas →