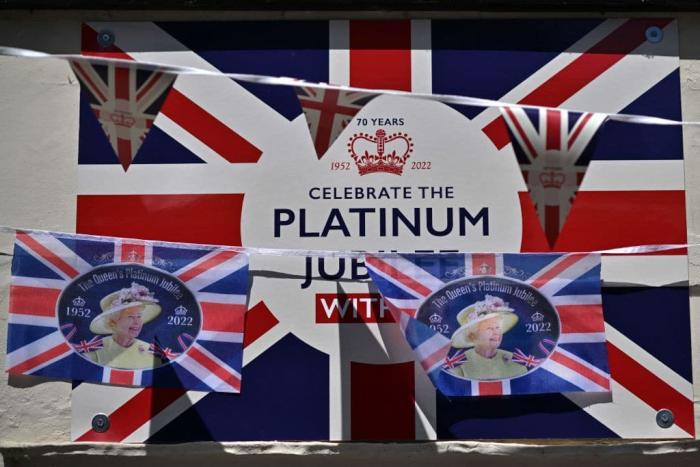 Prepare for a Week of Jubilee Cringe, Fellow Brits!

This week, Britain will be engulfed by a sea of Union Jacks and cringe as the country is set to celebrate the Queen’s platinum jubilee. That’s right: Old Liz 2 has been on the throne for 70 whole years. It must be tough cutting ribbons and keeping your accused sex offender son out of the spotlight. Crack out the scones, kids. To commemorate this, the British government has given some of us an extra bank holiday and have promised a four-day-weekend party of music, nationalism, and ‘the best of British ceremonial splendour and pageantry with cutting-edge artistic and technological displays.’

I work for Americans so I’ll be hustling as usual. Frankly, as an anti-monarchist and a Scot who finds these tedious displays of forced patriotism to be counter-productive and creepy as f**k, this celebration clearly isn’t for me. Frankly, I’m not sure who it’s for. Sure, there are still plenty of monarchists in the UK — sadly — but we’re currently living through a major cost of living crisis and I can’t say that the mood is especially enthusiastic for such parties. It’s hard to be told to throw a street party for a literal queen when far too many of us are struggling to pay for basic foods and heating bills.

No British monarch has celebrated a platinum jubilee so I get why they’re going all out for this, even if I think it’s tone deaf and further evidence of the crumbling relevance of the Windsors in 2022. We saw what happened when the Cambridges went on their Caribbean tour and evoked a crap-ton of colonialist arrogance. But regardless, we’re about to be bombarded with a veritable sea of nonsense. Hell, it’s already begun. Brace yourselves.

Stonehenge decided to commemorate the event with a ‘spellbinding homage’ to the Queen by projecting various portraits of her onto Spinal Tap’s most beloved set.

Our spellbinding homage to Her Majesty The #Queen! 👑
We've projected eight portraits of Queen Elizabeth II onto Stonehenge in celebration of the #PlatinumJubilee. pic.twitter.com/vn5vkGHJGt

The Druids did not ask for this. Wasn’t it bad enough when Clark Griswold came through? The responses to the tweet are hilarious.

Marks & Spencer have created a HRH sausage roll for the occasion. I’ll stick to Greggs.

They also made a curiously sinister jubilee ham and egg sandwich, with whole sliced boiled eggs poking out like the eyes of a Cronenbergian monster.

Have you considered a jubilee freezer? You know, to put in the food you can’t afford because the cost of living has smothered us all?

Of course, we can always rely on Tory MPs to out-cringe us all.

But wait, it gets stupider. The Tories want to bring back imperial measurements! Got to make sure Boris’s Brexit supporters stick by him as he continues to sink the country and get caught out breaking the law.

It’s almost like this Jubilee party is just an excuse for right-leaning English nationalism dressed up as ‘patriotism’, whatever that means. It’s gross.

And here’s some more cringe because if I have to see it, the pain shall be shared among you, dear readers.

Britain's Queen Elizabeth is being honored with a Barbie doll in her likeness to mark her Platinum Jubilee this year. The doll will be sold in London stores Harrods, Selfridges and Hamleys ahead of official celebrations in early June https://t.co/tlMzolAhTf pic.twitter.com/dQENNLy6zg

Took a look at the official jubilee map for events in Scotland: pic.twitter.com/7xKB5mIAbX

It’s only Tuesday, friends. It’s going to get a whole lot worse.

← Amber Ruffin Reveals Her Favorite 'Amber Ruffin Show' Segment In Insightful Behind The Scenes Look | Reddit Asks the Question: 'What is the Most Disturbing Fact About the Human Body?' →