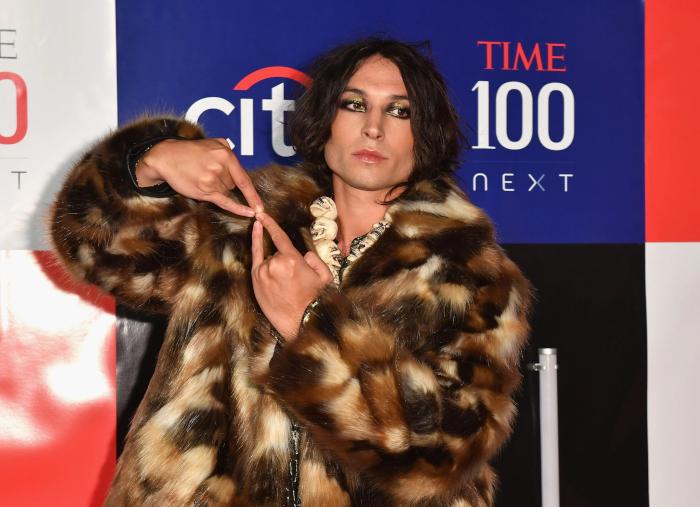 Every few days we get another unsettling update on the nightclub antics and numerous criminal acts of the embattled actor Ezra Miller. It seems like just last week they were posting memes to taunt the police trying to locate them? Or was that when Rolling Stone covered the outrageous amount of guns and loose ammo at the actor’s Vermont property, where oh yes, they’re also housing a bunch of kids? And don’t forget the grooming and all of this shit…

This is true crime unfolding, the timeline waiting to be collected later in whatever prestige streaming service documentary gets its hands on the rights. But waiting is the operative word there. The story is still happening. It’s still news, rather than narrativized documentary. This is to say: it doesn’t have an ending, and that gives it the truly disturbing edge that keeps it from being a meme-able piece of pop culture. That is, closer to Waco than Tiger King. A one-year-old baby in Miller’s Vermont compound was reported to have a loose bullet in their mouth. Parents of young people in Miller’s circle of influence are seeking (and attaining) police action. Miller themself reveals no reassuring details or promises to make any of this less alarming. And the waiting goes on.

We like stories with endings: endings make meaning-making easier. The serial killer gets caught and convicted, or the cult leader is brought to justice. As I’ve said so many times before, true crime is a mess of a genre, an industry built around human misery that churns through tragedy and terror as plot points, yet millions of us can’t seem to stop watching, myself included. There’s an aspect of it like the addictive nature of celebrity gossip and “trainwreck” stories: too fascinating to look away from, no matter how ugly or pointless watching feels.

I know I’m going to end up reviewing the prestige docuseries that will look back on all this after whichever streaming service gets the rights. You can practically see the true-crime industry machine licking its bloodstained lips. But in the present moment, vulnerable people remain in real danger, in the way of real harm. We don’t know how it’s all going to end. It’s a cult scenario, and/or an ongoing kidnapping, and/or child abuse … Whatever it is, though, will be much clearer and easier to parse in hindsight, when it becomes a story with an ending, when instead of waiting for news to trickle out, there’s a voiceover sticking to a reassuringly finite script.

The reality of this un-ended disaster, its casual meandering in and out of the news cycle with each new incident, should bring home the “true” at the front of true crime. Consuming stories—even truly horrible stories—becomes unsettlingly easy when you have the safe promise of an ending, a finish line where things land however they’re going to land. Of course, for the people actually involved, the story is never over: trauma remains. Lives have been shaken, changed, or taken. There’s a reason some of the most challenging true crime, like Netflix’s recent Keep Sweet: Pray and Obey, don’t come with a real resolution. Pain and loss don’t come with neat endings, even if docuseries do.

But all the fun (heavily sarcastic, obviously) possibilities for fallout with this story are made even more fun by the gender identity aspect of Miller’s story. On the one hand, I was pleasantly surprised to see news outlets covering the nonbinary actor with correct pronouns and not making the usual hemming and hawing over-explanations. (Probably lots of thanks due to Elliot Page for entertainment news learning how to handle pronouns? Not that Elliot Page in any way deserves to be lumped into this nonsense …) On the other hand, I can hear the trans-people-are-predators far-right rallying call already sounding in the distance. Never mind that Miller’s victims are also reportedly gender-nonconforming, I guess. Not that facts have ever stood in the way of lavender panic in this fine nation.

This true crime story, when it does settle, when its ending comes around, and the docuseries premieres, has some unique potential to be especially harmful to the LGBTQ+ community.

At least one thing’s for sure: Lynne Ramsay sure can cast ‘em.

← On This Week's 'Old Man,' Hell Hath No Fury Like a Depressed, Middle-Aged Divorcée | The Pajiba June 2022 Book Recommendations Superpost! →