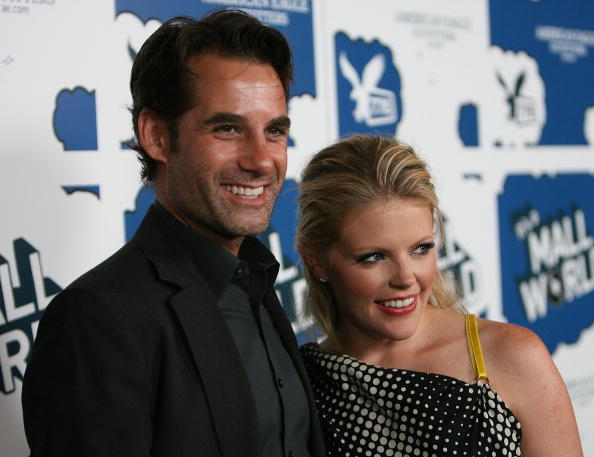 The Dixie Chicks' 'Gaslighter' Is About Natalie Maines' Divorce, But She Can't Talk About It

It doesn’t take a rocket scientist to decipher the lyrics of the song. It’s about a woman who moved to California with her husband and his promises, and he cheated on her on the boat that she paid for and lied and behaved like a piece of sh*t gaslighter. Basically, it’s about Natalie Maines’ ex-husband, Heroes star Adrian Pasdar. How do we know that? Well, besides the on-the-nose lyrics, Maines also said as much on a podcast last year. “My relationship fell apart, and I had a lot to say,” she said. “Our last album was the most personal and autobiographical we’ve ever been. And then this one is 10 times that.”

It’s not unusual to write songs about exes. I believe that sums up the entire careers of Taylor Swift and Ariana Grande (and Jon Bon Jovi and Steve Perry back in the day). The interesting twist here, as Allure notes (via Vulture), is that the Dixie Chicks cannot talk about it.

I am meeting the Dixie Chicks to not discuss their new album, Gaslighter. It is their first in 14 years, but due to ongoing legal disputes, we cannot talk about … an album that is partly the musical autobiography of the dismantling of [Natalie Maines’] marriage.

The prenup is online, and it looks airtight. Basically, it says two things that are important to this discussion: 1) What Maines and Pasdar earned before, during, and after their marriage remains their own, and 2) there is a confidentiality agreement that forbids either of them from “discussing their personal or private affairs to the public through any form of media.” In fact, last year, Pasdar cited the confidentiality clause in the prenup in an attempt to seize all of Maines’ unreleased music in case it mentioned him in new songs.

What’s happened here is that Pasdar sought to enforce the confidentiality agreement to silence Maines from talking about their relationship/divorce, but he also wanted to nullify the part of the prenuptial agreement that deprived him of spousal support. He wanted the cake and to eat it, too. He wanted to keep the part of the prenup that benefited him, but toss out the part that did not.

Ultimately, it appears as though Maines granted Pasdar $45,000 a month in spousal support (plus $15,000 in child support), and by virtue of that, her lawyers are probably arguing that Pasdar waived the prenup’s confidentiality clause by accepting the spousal support. I assume that is the “ongoing legal dispute.”

I guess what I don’t understand here is, if the Dixie Chicks can’t yet talk about the album in the press because of the confidentiality agreement, how can they release a song that clearly violates said agreement? I suppose that they could argue that “Gaslighter” could be about anyone who took a woman to California and cheated on her on her boat, but who is gonna buy it?