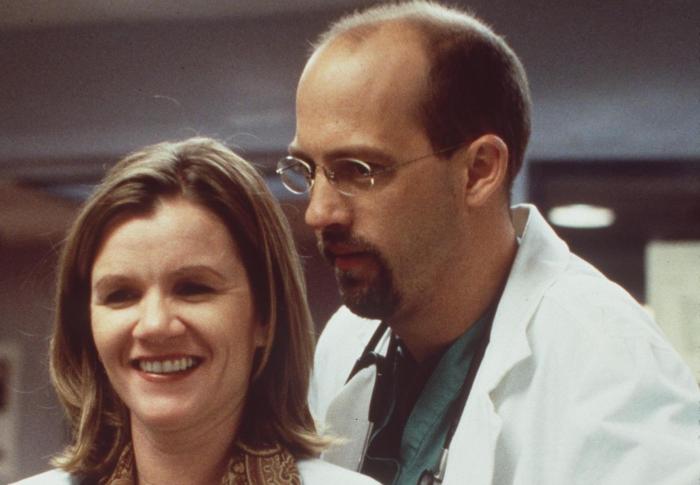 It’s been a grim day, but not everything is awful. You know Anthony Edwards, right? The veteran actor best known for playing Dr. Greene on ER, playing Goose in Top Gun, and Gilbert in Revenge of the Nerds (whatever you do, do not rewatch Revenge of the Nerds, Gen Xers). The man has been a regular fixture in our lives for a good four decades, most recently in Inventing Anna, while he will next appear in The Walking Dead spin-off, Tales of the Walking Dead.

We know Mare Winningham well, too, most recently from Hulu’s phenomenal Dopesick and HBO’s Outsider. Winningham has been around even longer than Edwards, receiving an Oscar nom in 1995 for Georgia, and likewise appearing (for a few episodes, anyway) on ER, as well as Grey’s Anatomy. She has exactly 100 credits on her IMDb resume, all told.

Mare Winningham and Anthony Edwards actually met back in 1984. They both auditioned for Rob Reiner’s The Sure Thing, although they both lost out on the lead roles for which they auditioned (Edwards would be cast in a supporting role). Winningham and Edwards, however, met for the first time during a screen test on that movie. Two years later, they starred in Miracle Mile together. They remained friends afterward. They married other people. They had a child apiece. Then the timing worked out as such that they were divorced and single and living in New York at the same time.

I think you know where this is going. From GQ:

Some good things take time … They eloped at the end of last year, just the two of them and an old friend to officiate. “We’re too old to throw weddings,” he says. But not too old for eight shows a week: “She’s doing Girl from the North Country on Broadway and she’s just spectacular. She’s an amazing singer and she’s a wonderful actress and she’s an incredible person.” 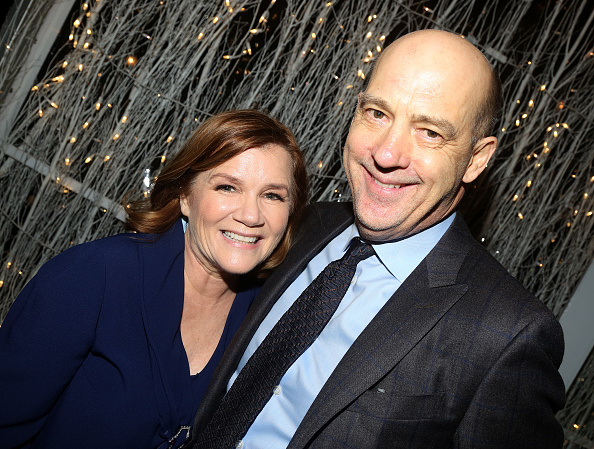 They secretly eloped, and he’s clearly enamored with her. Adorable.


← Terrible, Horrible, No Good, Very Bad Things in Texas and Florida | On Netflix: 'Downfall: The Case Against Boeing,' Or How Capitalism Ends Up Destroying Its Actual Achievements →