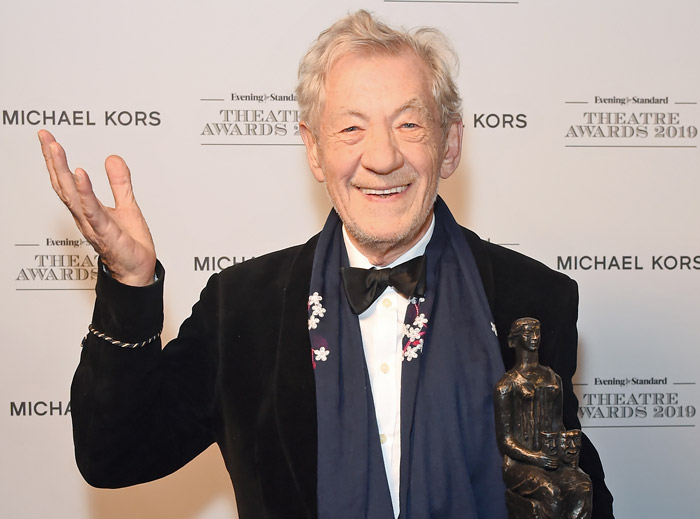 Sir Ian McKellen is an international treasure, for a long line of incredible performances in everything from the Lord of the Rings movies to the X-Men movies to Vicious and Cats. (I said what I said.) So, when he talks, the world listens. And here’s hoping those anti-masking morons are LOTR fans, because the 81-year-old British actor is endorsing the COVID-19 vaccine.

THR reports McKellen received the Pfizer-BioNTech vaccine, as his age makes him among those prioritized in its roll-out, along with frontline healthcare and care home workers.

More than just receiving the injection, McKellen also endorsed it. He crediting vaccines with his longevity, saying, “Anyone who has lived as long as I have is alive because they have had previous vaccinations.”

Addressing the hesitancy by some to take the new vaccine, he declared, “The take-up amongst the older generation will be 100 percent. It ought to be, because you’re having it not just for yourself but for people who you are close to. You’re doing your bit for society.” He added, “I would have no hesitation in recommending it to anyone. I feel very lucky to have had the vaccine.”

“Of course, it’s painless… it’s convenient, and getting in touch and meeting NHS staff and saying thank you to them for how hard they’ve been working is a bonus, I would have no hesitation in recommending it to anyone. I feel very lucky to have had the vaccine.”

Gandalf is right! we're not here just for our own selves. pic.twitter.com/m0HrjsrbRX

He going to walk out of there looking majestic like… pic.twitter.com/dUJ9skzffV

Sir Ian McKellen vs anti-vaxxers the moment he stepped out of the clinic: pic.twitter.com/mU1FzNWKwy

← The Tan Suit Discourse Is Back! | GOOD NEWS: Working On Your Night Cheese (And Wine) Is Good For You, So Says Science →