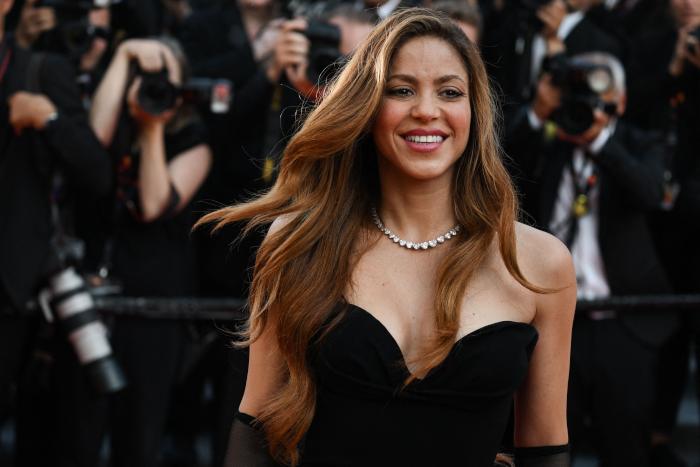 Shakira Risks Jail Time for Tax Evasion and We Can No Longer Remain Blind, Deaf, Mute, Clumsy, Dumb and Stubborn About It

It hasn’t been a good couple of months for Shakira. First, she had to endure betrayal and breakup from her partner and the father of her children, Barçelona F.C.’s Gerard Piqué. The upside was that Shakira wasn’t left there, longing for him, drowning in pictures and notebooks and mementos that she could no longer understand because the entirety of Latin America rose up in anger to defend our Queen. She came back in force with a spectacular red carpet run in Cannes and by following Henry Cavill, Sam Heughan, Jason Momoa, and Chris Evans on Instagram (and they followed back!) — a clear sign that she was ready to move on (before the break-up, she only followed other singers and charity causes, nothing in the dialectic of thirst), encouraged by a whole Continent to move on from Spanish fuckbois, and yes, I’m calling the very Catalonian Piqué a Spaniard as part of his punishment.

But just as she was starting to leave Piqué as dust that he was, dust that he is (who just like iron, went soft once the heat was on), she has found herself in the midst of a legal and international quagmire. Almost a lifetime ago, in 2017, she was revealed as one of the Every Single Rich And Famous Person who managed to dodge taxes with the help of offshore paradises and the fuckery of wealth managers, in Shakira’s case, for the tune of up to $30 million Euros. She had been charged back in 2018, but since legal consequences for the wealthy move at the speed of molasses, last week a Spanish prosecutor announced he was charging her with tax fraud, demanding up to eight years in prison and a $23 million Euro fine. Shakira’s reps have contested the charges, claiming she had already settled her outstanding tax debt and that she didn’t actually live in Spain during the time the tax dodging took place, even though … well, she is one of the most papped women in Spain. Her residence in Barcelona is well documented, despite the well-timed trips to the place she claims residence, the Bahamas. There is also the fact that she decided to fight this out in court instead of settling it with a deal.

Ever since this prosecution came to light, we as South Americans dropped any pretense of ethical consistency and threw our support for her, shouting one word to the Spanish government: REPARATIONS MOTHERFUCKAS! Well, that’s two words, but the content is in just one; the MOTHERFUCKAS is paratextual. Doubly so considering that Shakira is not just the reigning Queen of Latin Music, she is also the embodiment of the deep cultural bonds between Latin American culture and Arab culture. It’s not just that she is the foremost representative of the tens of millions of Arab descendants in Latin America (generally Lebanese, Syrian, or Palestinian arriving in the late 19th to early 20th Century), but also of the deep strain of Arab legacy we inherit from the Spanish part, which actually got to flourish here in everything from the way we look to the fact that even Reggaetón uses cantejondo. And considering what the Arab population had to endure after the Reconquista, and how centuries of Castillian domination and then Franco have tried to sand over that heritage, the one that actually made Spain Spain, including the language itself … why, Shakira is doing well for ALL her ancestors. Queen of Leaving Spaniards Eating Dusts.

But then we came to realize … does this mean she’ll pay taxes in Colombia? It has been a lot of fun to see Latin twitter taking the piss out of Spain getting the shaft from one of the biggest stars in the World, certainly the biggest to come from the Southern Hemisphere. But when it comes to taxation … I feel like we run out of arguments and methodology. Because as much as our love for her won’t listen to advice or reason, we can’t keep feeding on these pretexts. We need to pull our pants up! We all know that the biggest problem in the world right now is not just that the wealthiest aren’t paying their fair share, they’re skirting their duties on the few taxes they actually pay.

If Shakira wants to reside in Spain instead of Colombia, who could blame her? There are thousands of reasons why somebody would want to live in Barcelona or Madrid, most of them paid with Colombian silver and gold. Colombia is wonderful, but… you might well know the status quo, everything is always for the worst, and even though at least we can now breathe, it might be too cumbersome for Shakira to reside there. Spain, despite being Spain, still provides the safety of a first-world country, but if you want to bite from that apple, you have to renounce the paradise, and you don’t get to blame a snake or something because this is what you wanted. It’s hard to root for a developed country, Spain in particular, to get their due share in taxes from those who should pay up, but I think taxes are like the real mother with the Solomonic baby: If Colombia isn’t going to get them, then at least give them to your host country, and no, a privatized Caribbean island doesn’t count.

Except that taxes are not at all like the Solomonic baby. If a baby is split in half, well … I guess that’s an inconvenience. But taxes can be redistributed in a fair way for multinational people like Shakira, and wealthy Latin Americans’ tax evasion is at the heart of our countries being perpetual low-trust societies. One thing the recent upheavals in my home country and in Shakira’s own Colombia have proven is that no, one can’t live with so much poison, and anger weighs heavier than concrete. So, Shakira, if you really want to be our forever, unproblematic, unquestionable Queen … how about do the thing most Colombians (and Spaniards) in your tax bracket won’t do? You don’t need to believe in Charlie Marx to do that. It’s not easy to pay up a large tax burden, especially in a Latin American country, where sometimes it feels it mostly goes down the drain, but that’s the kind of thinking that got Shakira wondering where do thieves go with our money. If it’s our neighbors that are thieves, maybe she forgot that she herself has been acting like one. We can’t keep making her the only exception. And now that I’ve broken the barrage of references to Shakira lyrics with one from “Paramore,” let me make one thing very clear:

Be warned, Spain, Shakira needs to pay back, but if she even spends a minute in prison, we are going Operation Overlord on y’all. You don’t get to steal her just because she stole from you.