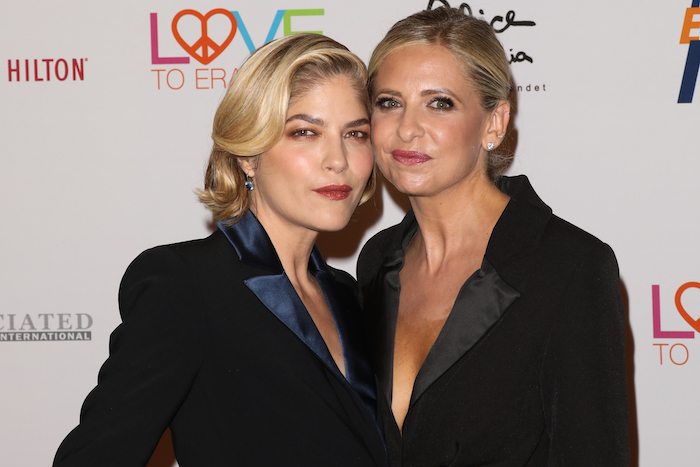 I don’t know how this escaped my attention up until today, but Selma Blair is f*cking cool.

Exhibit A is obviously Cruel Intentions, which was one of my favorite trashy movies as a teenager, and I’ll be honest, I’ll still watch from time to time to this day.

Exhibit B is her (slightly?) NSFW Instagram photo, where she is unabashedly her. Full disclosure, her butt, booty, tush, bum, bootay (different from a booty, obviously) whatever you call it, is on display here, so don’t scroll down if you’re at work, or are in any situation where that would be deemed unacceptable.

Portrait of a lady. @thombrowneny in #calfornia. Shot by @creativerehabnyc #subversive universe #barbie

I really, really love this photo—it’s brutally honest, and as a result, beautiful.
If you haven’t been following Selma’s life on Instagram lately (and I’ll admit I haven’t, but I definitely will be going forward) Selma has been undergoing chemo therapy as part of her treatment for MS, and was discharged from the hospital in late July:

Today is a banner day. I am being discharged from the care of an incredible team of nurses and techs and a visionary Dr. who believes in my healing as much as I do. This has been a process. And will continue to be one. I am immunocompromised for next three months at least. So no kisses please. I wanted to make sure any complications that might arise here were my private space. And we got through brilliantly. I thank you all for your love and support and that extra dose of great with a @people cover. I see things so much more clearly now. And I am excited to share this journey when I am ready. For now, I have recovery. And a great @the_alinker_world so I gotta split. Bye!!!!!! This is the best gift I could give to Arthur. #newimmunesystem #whodis? 🎂

I’m a big believer that people should get to share (or not share) their life’s story however they want to, and I truly appreciate the honest and open approach Selma is taking. In some way, it takes the mystery out of what one experience with MS is like, and on a personal level, helps me empathize and understand the experience more. What she’s doing is a gift, and I appreciate it.

I also appreciate her sense of humor about everything, too:

Thank you @looploft for making my day. (Clutching my pearls) #baldbarbie #fashionweek in the valley.

Basically, what I’ve discovered today (and I hope you did, too) is that I appreciate Selma Blair more than I thought I did, which is kind of criminal because she’s usually pretty great in whatever she’s in, even the Kath and Kim American version, which had its moments.

Most of all, she was Big Pete’s crush in one episode of the Adventures of Pete and Pete, which is one of the greatest shows of all time, and that’s enough for anyone to rest their laurels on, for a lifetime.