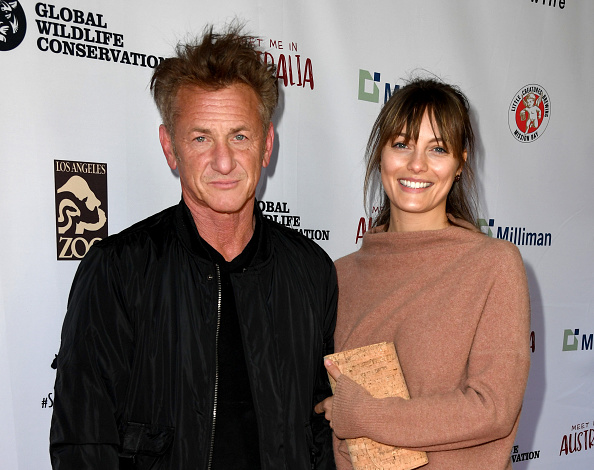 You might not be surprised to learn that a man who has several divorces and broken engagements under his belt is not particularly good husband material. The actor — who is currently working on a documentary on the Russian invasion of Ukraine — recently spoke at length with Robert Ryan at Hollywood Authentic about a number of subjects, including his divorce from Leila George, whom he says he still loves very much.

However, the 61-year-old actor also admits that he “f**ked up his marriage” to George, the 29-year-old daughter of one of Sean Penn’s contemporaries, Vincent D’Onofrio. “I was not a f***ing cheat or any of that obvious sh*t,” he said, which is a relief given allegations of violence and abuse against his ex-wife, Madonna. It sounds like Donald Trump, indirectly, had a hand in Penn’s divorce.

“As it turns out — this is going to shock you — beautiful, incredibly kind, imaginative, talented young women who get married to a man quite senior to them in years,” Penn continued, “they don’t actually love it when they get up from their peaceful night’s sleep and their new husband is on the couch, having been up since 4, watching all of the crap that’s going on in the world and has decided that 10:30 in the morning is a good time to neck a double vodka tonic and an Ambien and say, ‘Good morning, honey. I’m going to pass out for a few hours and get away from all this sh*t.’ As it turns out, women as described, they don’t love that.”

Huh. Go figure. Penn, who has crags in his face older than George, is right on that count. He doesn’t sound like a winning husband to someone half his age or to someone who was born in the same decade. The good news for Penn, however, is that he and George may have reunited and are still very much in each other’s lives. At this point, he “doesn’t know what’s going to happen” to their marriage (note that Penn and another ex, Robin Wright, separated on several occasions before finally getting a divorce). Moreover, Penn no longer needs the vodka and Ambien to escape from the world, but he does still need it to go to sleep.

“I still need vodka and an Ambien to get to sleep at night, but I don’t use them to hide from the world now like I used to.”
I guess that’s progress.

← Will Poulter On Method Acting: It Should Not 'Be an Excuse for Inappropriate Behavior' | Watch the Sexy-Achy Trailer for Hulu's Sally Rooney Adaptation, 'Conversations with Friends' →