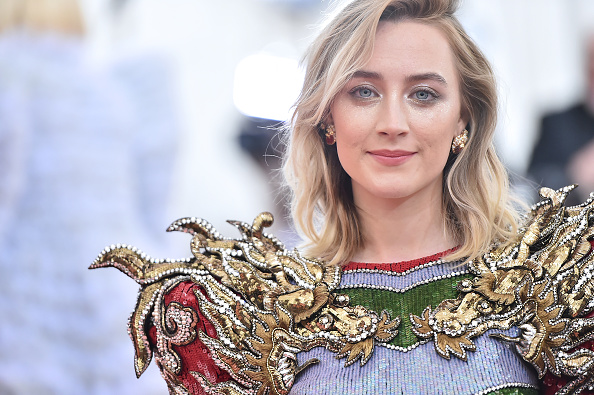 Saoirse Ronan and 11 Other Names You're Mispronouncing

12. Mia Wasikowska — Well, you don’t pronounce it like Wachowski, as in Wa-si-kow-ska. It’s actually VAH-shee-KOF-ska.

11. Lupita N’yongo — There’s no need to put any emphasis anywhere. It just rolls through, and sounds exactly like it’s spelled.

10. Chiwetel Ejiofor. This is not how I pronounce it, with all due respect Chiwetel.

9. Jake Gyllenhaal. The actual pronunciation is Swedish. The G is silent.


8. Amanda Seyfried — It’s not fried, as in “fried chicken.” It’s not Seigfried, either. It’s SIGH-fred.


7. Martin Scorsese. Tim Burton in Singles actually screwed this up for me for many years.

5. Steve Buscemi. There is no H sound. It’s not Booshemi. It’s Boos-emi.


4. David Oyelowo. Don’t even fucking try it. You’ll just make an ass of yourself.

Saoirse Ronan is here tomorrow! And she rhymes with inertia.

… but I'm pretty sure I'm the only person who pronounces it that way. https://t.co/HxhJ5XY5HP

What? That’s not right. Don’t listen to her!