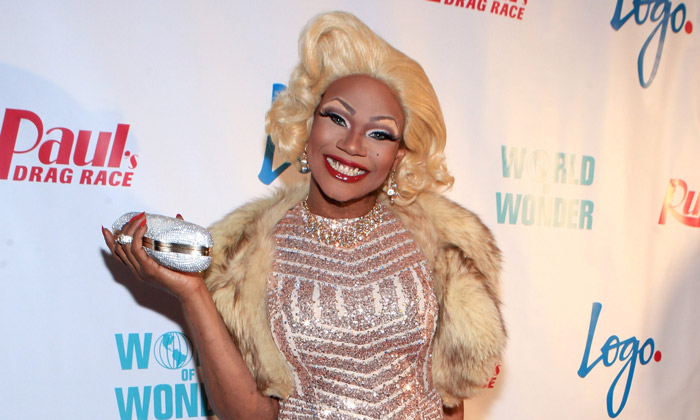 Zavion Davenport, whose drag persona was Chi Chi DeVayne, is dead at 34. As DeVayne, Davenport made a mark on RuPaul’s Drag Race Season 8 and RuPaul’s Drag Race All Stars Season 3, bringing charisma, uniqueness, nerve, and talent, along with a spicy splash of Southern charm.

The native of Shreveport, Louisiana, had been undergoing serious health issues, seemingly tied to struggles with the autoimmune disease scleroderma. In July, DeVayne was hospitalized for high blood pressure and suspected kidney failure. Last week, she was back in the hospital with pneumonia. Various drag queen’s social media accounts promoted fundraisers to help pay her medical bills. On Saturday, Chi Chi addressed her Instagram followers with a video, in which she said, “Keep me in your prayers. I’ll be back soon.”

With her death today, the LGBTQA+ community loses a hero, and far too soon.

When Chi Chi first competed on Drag Race she was green compared to the established queens. Coming from humble beginnings, she didn’t have the funds to finance expensive costumes. Yet, she didn’t need that to dazzle. She made her grand entrance in the season premiere wearing literal trash bags, and she made it werk.

Chi Chi won the hearts of the Drag Race fandom with her striking smile, sharp wit, warm resilience, and irrepressible joie de vivre. She finished fourth that season, then returned in All Stars to show how she’d grown in grace and confidence. In the meantime, she’d become a full-time drag performer, a dream come true. Her enthusiasm and endurance made her an inspiration, which is reflected on Twitter today, where “Chi Chi” is trending with 200k+ tweets as I type this.

Fans are remembering her playful shade, her contagious mirth, her unapologetic vulnerability, her kindness, and her radiance. Here is just a few of the tweets that mourn her passing.

Chi Chi Devayne, you were a fighter, an inspiration, and a radiant joy to behold. RIP, queen. pic.twitter.com/hXsxqzrKx1

So deeply sad about the loss of Chi Chi DeVayne. She was an incredible performer, so down to earth and a bright light in the drag community.

She brought such Louisiana warmth & personality to @RuPaulsDragRace & I'm sure inspired countless young people in the LGBTQ community. pic.twitter.com/PmcALwLRFF

Oh Chi Chi. My heart is broken. We knew each other briefly, but you were without a doubt the most beautiful and gracious queen I have ever met, and you truly inspired a generation. You’ve been taken from us too soon. Rest in power my beautiful, angelic queen. Love you always ❤️ pic.twitter.com/NhnL2VmnFG

Chi Chi gave one of my favorite Library reads of all time: "Bob the Drag Queen. You may be from New York, honey, but those feet are from Mississippi." pic.twitter.com/XfOjPlkZGj

Chi Chi DeVayne, you will always be a legend, and an icon. You had more talent and grace in your 34 years than most people can hope to have in lives lived to 100. Rest in power. pic.twitter.com/TxrcXX1PcK

May she rest in peace, and my condolences to her family and friends. https://t.co/PuDJ6v1Rtq pic.twitter.com/SA4BXOkwh0

“it doesn’t matter where you’re from, that has nothing to do with how far you can go” rest in peace chi chi ✨ pic.twitter.com/YLF1jYGPGp

chi chi devayne was a powerhouse. she spoke up for all the disheartened poor kids, and she dominated every stage she set foot on. rest in power 💓 pic.twitter.com/hizg6PrAlb

No way we’re living without you, Chi Chi Devayne. You are forever our herstory. ❣️ pic.twitter.com/Ck0G9uDZ3h

Rest In Peace to the beautiful Chi Chi DeVayne. Wishing you and all of your loved ones peace. The world is better for your stay in it.💔 pic.twitter.com/wNbx16O749

Chi Chi is gone, but will not be forgotten. She is now and forever an icon of drag, a beloved bayou queen, a champion for the LGBQTA+ community, and a star through and through. Her light will shine on and on.

← The Monster Of 'Sputnik' Is Reason Enough To Watch | 5 Shows After Dark: 'Mysteries Decoded' on The CW, 'Cake' on FXX, 'The Democratic National Convention' →