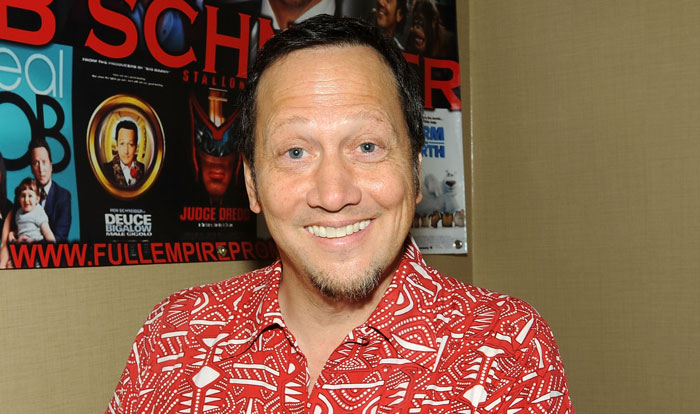 It’s apparently that time of year when Rob Schneider crawls out of Adam Sandler’s *sshole to look around to remind us he’s a has-been hack who has opinions! The former Saturday Night Live catchphrase spouter has taken to Twitter to denounce California liberals in a pair of tweets. Because when you want insightful political commentary, you look to the guy who’s made a a career of playing racist stereotypes.

When retweeting an article that declares liberals are ignorant about Stalin’s tyranny, Schneider quipped, “Unfortunately, people in California would vote for a bowl of shit if it had “D” next to it.”

Unfortunately, people in California would vote for a bowl of shit if it had “D” next to it. https://t.co/1kh2E8n6t3

Whether or not you agree with the sentiment, it’s almost a good joke. But it’s not his.

Washington Times pointed out Schneider is actually poaching this punchline from Democrat Nancy Pelosi. Last spring, the Speaker of the House snarkily dismissed Alexandria Ocasio-Cortez’s election victory by claiming the congresswoman’s New York City district was so liberal it’d vote for “a glass of water with a ‘D’ next to its name.” So, Schneider loathes liberals, but not so much he won’t try to punch up their barbs. With “sh*t,” because the dude knows his brand.

The other tweet that’s gotten enough attention to remind us that Schneider isn’t dead was this one:

Living in California is like being in an abusive relationship. You keep giving her money but you don’t know where it’s going. If you get sick, you have to take care of yourself. And any day you could come home and your house is on fire or filled with homeless people. pic.twitter.com/FKEK1D6mg3

This doesn’t sound like an abusive relationship. It sounds like the plot—and I use that term loosely—of a Rob Schneider vehicle. Not that they make those anymore. Which could be good news for Sandler’s parasitic hemorrhage.

Dude, it’s not as if work is keeping you here. https://t.co/8wgjyUwLRM

← 2019 Finally Got Something Right: Its Sexiest Man Alive, John Legend | This Week on Podjiba: Which Streaming Service Would You Take To A Deserted Island? →