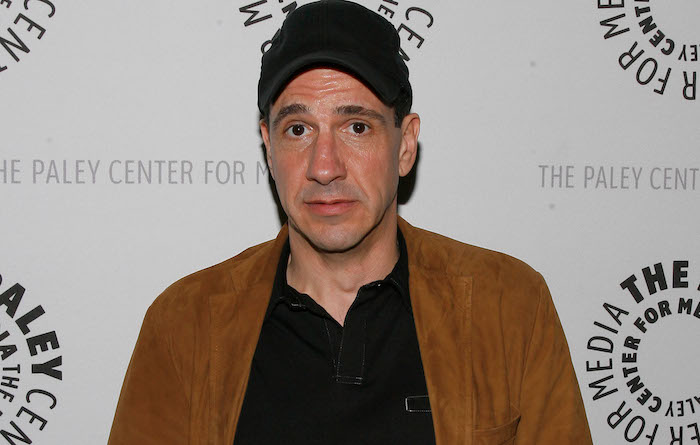 R.I.P. Sam Lloyd, May His Memory Be a Blessing

Yesterday on The New York Times Daily Podcast, Michael Barbaro interviewed a 12-year-old girl about her grandfather, who died recently of COVID-19. This was not necessarily how I wanted to start my day, but I pressed play anyway. Habit, I suppose. I listened to this 12-year-old girl express her anger and sadness about the passing of her grandfather, but she also spoke so fondly of him and with so much detail that I felt like I knew the man. He was a wonderful, mischievous gentleman who would sometimes stop by his grandaughter’s school and have lunch with her and her friends and tell stories, who wore glasses, and who would sneak out on the roof with his granddaughter at night to look at the stars. Those visits on the roof remained their little secret, and this 12-year-old girl painted such a lovely image of the man that I felt like I could see him, and conversely, feel his loss.

I have been attending Jewish religious services with my family for a couple of years now, and the thing they always say when someone passes is this: “May their memory be a blessing.” It’s something that has always gone in one ear and out the other for me, a sort of platitude. But after listening to that podcast, I felt its meaning. That grandfather’s memory is a blessing to all those who listened to that podcast, and I felt blessed to know him from the snatches of memories his granddaughter left behind.

Similarly, Sam Lloyd passed away yesterday. Most people know him as Ted from Scrubs, the sad-sack lawyer and leader of the hospital’s A cappella group. As a monstrous fan of Scrubs, I have been following Sam for years with his band, The Blanks. For the last year and several months, however, we’ve also been getting updates from Tim Hobert, a writer/producer of Scrubs, and his wife, Jilly Tracy, on Sam’s condition since being diagnosed with brain cancer in January 2019. Last year, an experimental treatment gave Sam another year or so of life, which allowed him to spend some more time with his wife and see his son’s first birthday. He was also able to be there for the death of his own mother.

Tim’s periodic updates on Sam and his family via a GoFundMe Fundraiser (where they raised $171,000 to help Sam with his medical bills) gave us a glimpse into Sam’s struggles, his hopes, and some of those cherished moments in the final months of his life. He became more than Ted from Scrubs. He became simply “Sam.”


I can tell you this much, based on those memories Sam left behind: We lost a great man yesterday. A truly wonderful person, and as we learn seemingly every day, death doesn’t care how great you are. Cancer is indiscriminate. It takes the best people and the worst people. It’s not fair. However, what we can control is the memory of ourselves we leave behind, and I cannot stress this enough: Sam Lloyd’s memory is a true blessing.


← In Andy Greene's Book on 'The Office,' the Cast And Crew Very Politely Throw James Spader Under the Bus | The Best TV Coming In May 2020 To Netflix, Hulu, Amazon, HBO Max, And More →