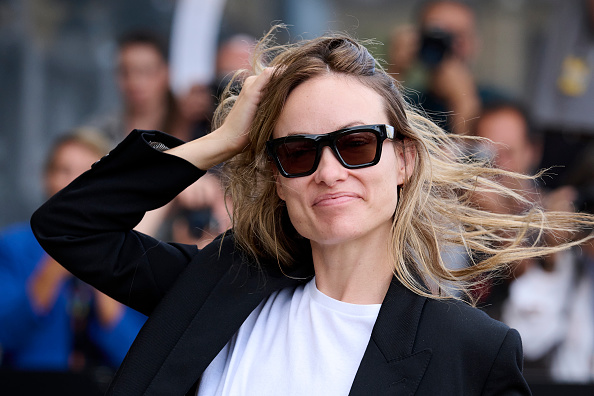 Reportedly, It's Not Just Florence Pugh Who Hates Olivia Wilde

Happy Don’t Worry Darling release date! Who is going? Because the box office for the film looks promising. It scored $3.1 million in previews, and projection — according to Deadline — suggests between a $17 and $27 million weekend. Maybe all this drama helped? Or maybe Harry Styles just has a passionate following.

In either case, the drama surrounding the production isn’t fading just yet. Over on Vulture, they heard from an anonymous source inside the production that Florence Pugh and Olivia Wilde got into a “screaming match.” It’s not the first time we’ve heard this, either.

The breaking point came when Pugh, 26, and Wilde, 38, broke into a “screaming match,” this person recalls. According to our source, the acrimony between Wilde and Pugh allegedly reached all the way to the top of the studio totem pole, with the highest-ranking Warner Bros. executive at the time, Toby Emmerich, forced to play referee in a “long negotiation process” to ensure Pugh would participate in the film’s life cycle “in any way” and not jeopardize the potential box office.

Reportedly, Wilde disappeared for stretches at a time with Styles, leaving Pugh to pick up directing duties. During the screaming match (according to a now-deleted tweet), Pugh yelled loud enough for others to hear, “I’m directing this movie more than you are!” Ultimately, studio exec Toby Emmerich had to come in and broker an agreement so that Pugh would not hurt the film’s box-office prospects.

But that’s not why others on the set turned against Wilde. Recall that Don’t Worry Darling was being filmed during COVID, when the set was using strict precautions to avoid exposure. Everyone but Wilde, apparently:

Last thing: the DWD crew was extremely pissed when Olivia was photographed with Harry at that wedding in Jan 2021 because she frequently gave them “lectures”: “‘Don’t be stupid. You’re fucking up our movie. Don’t go to parties. Don’t congregate.”

Acc to my source: “There were so many complaints from the crew saying, ‘How dare she tell us to shelter in place while we’re doing this movie? And yet she goes to a public wedding with a group of people? This is fucking crazy!” 1/2

“So many people complained. That’s the turning point. That’s when everyone started hating her.”

Behavior like this cost the Prime Minister of England his job, and California voters held a recall election because Governor Newsome engaged in similar behavior. You can flout COVID rules, or you can be strict about COVID rules. But you can’t enforce strict COVID rules on others while flouting them yourself.