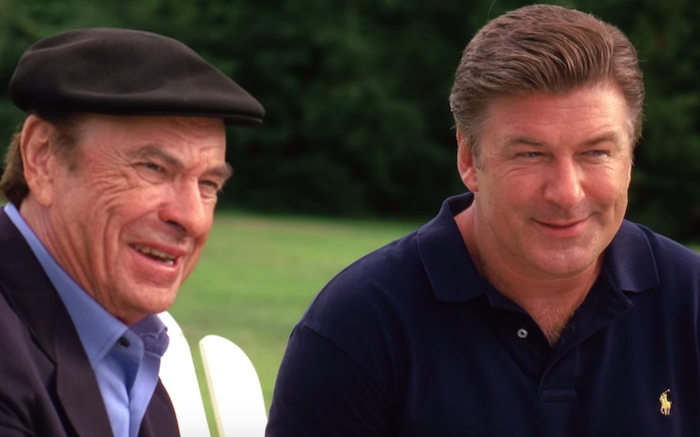 Remembering Rip Torn as Don Geiss, One of the Best Supporting Characters in '30 Rock'

Friends, Rip Torn passed away yesterday at the age of 88. He had a career that spanned half a century, which also included suing Dennis Hopper (and winning) because Hopper pulled a knife on the set of Easy Rider, which led to Torn being replaced by Jack Nicholson, then Hopper related this anecdote (by saying Torn pulled a knife on him) on The Tonight Show, years later, so Torn sued and won, and eventually got punitive damages as well. How many of us mere mortals can claim such great feats?

You’ll recall he was Jack Donaghy’s mentor, and also, he had a secret family in Canada, among other things.

Even though he was only in 5 episodes, the character of Geiss cast a long shadow of comedic hilarity.

The show was never the same once his character died and (fictional) NBC was sold to Kabletown. Jack lost his mentor, and the show lost a little bit of its comedic edge once that happened. Now, that’s not entirely attributable to Geiss, but there’s a marked difference in the quality of the show in the Geiss-years, and what came after them, so the math adds up on this, I gotta tell ya.

There was also the time his soul was transported into a peacock.

Let us not forget that Don Geiss introduced us to the single greatest 30 Rock supporting character of all time, his daughter Kathy, who loves rainbows, unicorns, and soap operas. Who doesn’t though, right?!

In honor of Rip Torn, Geiss, and 30 Rock here are some of the greatest clips from the show, which all happen to be of Tracy Jordan, because he was the best main character. If I had one wish, it would be that 30 Rock would be rebooted for a limited-run series every couple of years, because that show, despite its flaws (and make no mistake, there are some jokes and references here that would not go over well in 2019), it still is one of the funniest, laugh-out-loud shows of all time, and I miss its weird, bizarre sense of humor.

Alas. I still want to go to there.