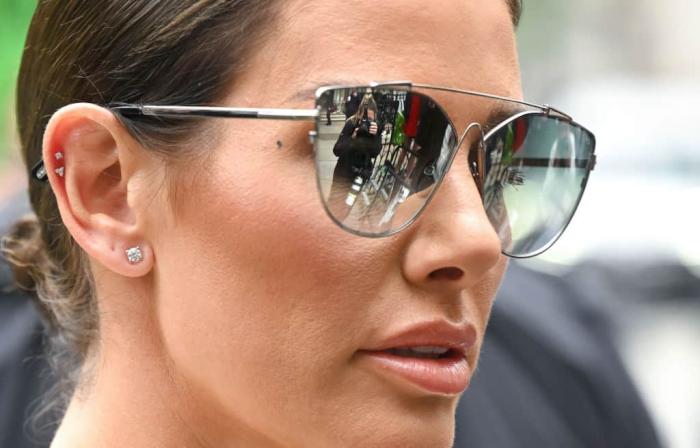 It was the social media fight that enraptured a nation and introduced many non-Brits to the battles of the WAGS. Three years ago, Coleen Rooney, the wife of former footballer and manager Wayne Rooney, took to Twitter to reveal that she had conducted a ‘sting operation’ to find out who was leaking stories from her private Instagram account to journalists at The Sun. She concluded that the culprit ‘Was……… Rebekah Vardy’s account.’ Vardy, wife of Leicester City player Jamie Vardy and a reality TV star in her own right, denied the claims and decided to take Rooney to court for libel. Today, it was announced that she had lost her case.

On Friday, Mrs Justice Steyn ruled that Vardy’s libel claim had failed because “significant parts of [Vardy’s] evidence were not credible” and there were many occasions when her “evidence was manifestly inconsistent with the contemporaneous documentary evidence, evasive or implausible”. Essentially, she lied. She claimed that she didn’t regularly sell stories to The Sun but she did. She claimed that she wasn’t the one betraying Rooney but it was proven that she was.

The judge also said that Vardy and her former agent Caroline Watt had deliberately destroyed potentially damning evidence. At one point, Wyatt claimed that her phone had been accidentally dropped off the side of a boat in the North Sea shortly after a request was made to search it. Vardy’s own messages were also conveniently lost during the back-up process. The judge said, “It is likely that Ms Vardy deliberately deleted her WhatsApp chat with Ms Watt, and that Ms Watt deliberately dropped her phone in the sea.”

To use a football term, this was a stunning own goal from Vardy. The libel laws in England are far more sympathetic towards the person suing than the one being sued. It’s tough to lose in these circumstances because the defendant is the one who has to prove that what they said was substantially true. Rooney’s team did just that, and in the process, Vardy’s reputation was essentially destroyed.

During the trial, the extent of Vardy’s scheming and willingness to sell out everyone for a quick buck was revealed. Cross-examination of Vardy revealed that she had a long history of selling stories to the tabloids, including allegations that she had leaked details of her husband’s relationship with his teammates. At one point, she was questioned about a 2004 kiss-and-tell story she sold to the now-defunct News of the World about sleeping with singer Peter Andre and claiming that he was ‘hung like a small chipolata.’

Remember, we know all of this because it was Vardy who took the issues to court. She’s the one who claims her reputation was ruined by Rooney yet she clearly knew that the skeletons in her own closet were plentiful. Was she aware that they’d all come tumbling out once she took to the stand? Did she wonder how her public image would stand once she was forced to admit just how frequently her own agent sold out her husband, his colleagues, and their friends for a few quid? It’s a staggeringly egotistical move, but also hilarious.

The WAGatha Christie story was a wonderfully low-stakes gossip moment but it’s still worth noting how messy everything got. Vardy really should have just shut up but now she probably has to pay out a lot of money for Rooney’s undoubtedly substantial legal fees. Jamie’s not going to have a pleasant time in the locker room next season. Talk sh*t, get hit, kids!

And yes, apparently this whole thing is being adapted into a movie. Suranne Jones for Vardy!