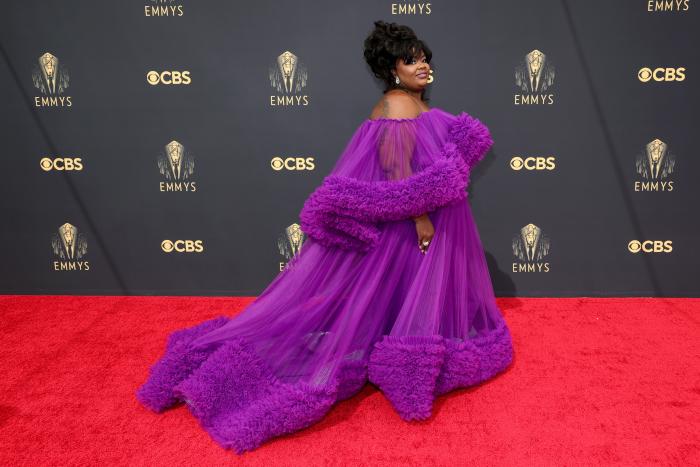 I once told my niece that she was weird, and she did not take it well. It wasn’t the response I was expecting. I’m weird. All of my favorite people are weird. I meant it as a compliment. Then it occurred to me: she’s nine. At that age, being weird can be a bad thing. People that young usually don’t know that your weirdness can be your strength. They need someone to show them; someone who owns their weirdness so much that it’s become indelible to their personality. The person I’m talking about is an American treasure, Nicole Byer.

Big. Nicole is physically a bigger person. She wears her bigness loudly and proudly. It’s incredible. As someone who has struggled with their weight their whole life, it’s legitimately inspiring to see someone like Nicole Byer carry herself the way she does. She is an icon for anyone who may feel that society doesn’t think they fit into a certain box. In a world where people are told that only certain things are beautiful, Nicole Byer kicks that way of thinking in the crotch while working a stripper pole like nobody’s business.

Beautiful. Something about the phrase “classic beauty” has always seemed off to me. More often than not it is reserved for certain kinds of people. That said, to me, Nicole Byer is a classic beauty. It’s not just about how she looks, or dresses (but if you’re lucky enough to see her on a red carpet, soak it in). To me, it’s also the way she carries herself. She has a lightning-fast wit, and charm for days. Byer can jump from entertaining kids on her cooking show Nailed It, to leaving whole auditoriums of adults gasping for air. It’s not one thing that makes Byer a classic beauty, it’s everything.

Weirdo. Not everyone is lucky enough to make a living off of their personality. Nicole Byer is, and we’re all luckier for it. Either through her numerous podcasts (Best Friends, Newcomers, Why Won’t You Date Me?), or her plethora of guest appearances (there’s too many to list, but I highly recommend listening to every episode of How Did This Get Made on which she’s guested) Byer is a creative force, driven by her bonkers personality. Hell, just scroll through her Twitter for five minutes and see for yourself. She’s a weirdo, and proud of it. Yet another way that she is an inspirational figure. She’s not afraid to just be herself, and that self is weird.

I’m not going to show Nicole’s excellent new comedy special to my nine-year-old niece. Maybe in ten years. But I will show her Nailed It and WipeOut. I’ll let her know that there is an incredibly successful and hilarious woman out there who proudly refers to herself as a weirdo. That way, her positive influence will spread, and maybe next time I call my niece weird, she’ll be proud. That’s the power that I believe Nicole Byer has, and I am eternally grateful for it.


← 'The Wheel of Time' Book Reader Recap Ep. 7: Make Your Choice | Review: 'Flee' Paints a Moving Portrait of a Refugee's Search for Home and Belonging →