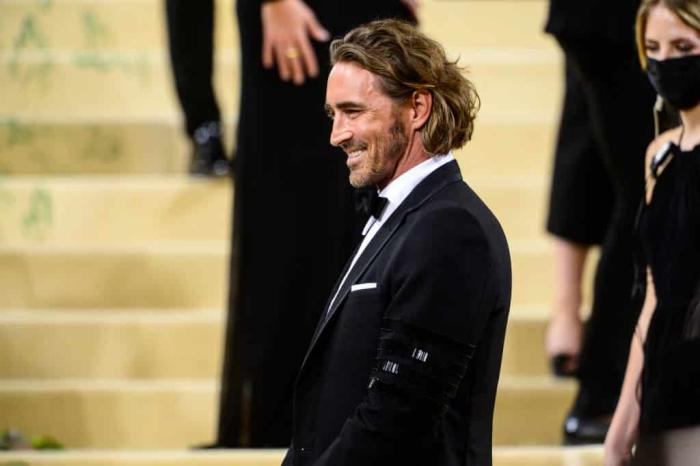 My friends, it’s been a tough year. You don’t need me to tell you that, of course, but it has been an arduous twelve months. Amid such darkness, one hunts for the glimmers of light. We seek out the things that we know will lift our spirits, even if it’s only for a little while. We find solace with those blessed few who work overtime to make the world a brighter place in whatever method they so choose. My choice for this year’s Pajiba 10 offered some relief during this strange period in history. He was a beacon, a safe spot, and a constant reminder to stay hydrated because he was going to make you thirsty as f**k.

I could probably just fill this post with shots from Lee Pace’s Instagram account and leave it there. They do say that a picture says a thousand words and Pace has offered us a veritable thesis of evidence as to why he should make your respective ballots. He’s done the work, putting those broad shoulders to good use. Still, I have to earn my keep around here somehow, so let me elaborate.

Lee Pace has been a sinfully underrated hot guy for far too long. He was the absolute embodiment of adorkable on the unfairly cancelled Pushing Daisies, where he played a pie-maker with the ability to raise the dead through touch. How could anyone believe that this extremely tall hunk of prime male could play an awkward romantic? Acting! Pace is good at it. Underrated, really. We let so many boring white dudes be leading men but not Pace, a man with actual charisma? The system sucks. Of course, Pace can steal a scene like his salary depends on it. Remember the all-too-short moments during the interminable The Hobbit trilogy where he made it almost watchable with his domineering elf sass? He’s currently chewing up the scenery on Foundation in a way that leaves me close to ignoring my other man, Jared Harris (also remember when I chose him for my FYC and none of you listened? I should have left him until this year when my Twitter timeline was full of people telling me that they suddenly got his hotness. I’m always ahead of the curve, but you should still include him on your ballots.)

I have a real soft spot for celebrities who embrace their thirst status. Chris Meloni has fully jumped on board with this philosophy too and the results have been a level of pandering to the masses that border on genius. Pace, however, has him beat. How do you compete with a man who wears shorts to the Met Gala? The guy who seems to have enough footage of himself wandering shirtless through the desert to make Lawrence of Arabia: After Dark? This guy goes bare-chested hiking and it’s not making me roll my eyes? AND he has a cute dog?! AND HE POSED WITH PANDA BABIES?!

Lee Pace knows what the people want, and he delivers it with no fuss or arrogance, even though, if I looked like him, I would never shut up about how handsome I was. Some actors are uncomfortable with being gawked at, but Pace practically invites us to engage in a healthy bout of lecherous hooting. He understands that life is tough, and we must take our moments of pleasure in whatever shape they come. Really, he’s providing a key public service, and I feel that it is important for us to acknowledge and respect the hard labor he’s contributed to the cause over 2021. Also, isn’t it weird that Lee Pace hasn’t been on this list numerous times before? Stay hydrated, vote for thirst, keep up the pace.

← John Oliver Meets His Doppelganger In Delightful Exchange | Is There Anything Worse Than Narrow Cave Diving? →