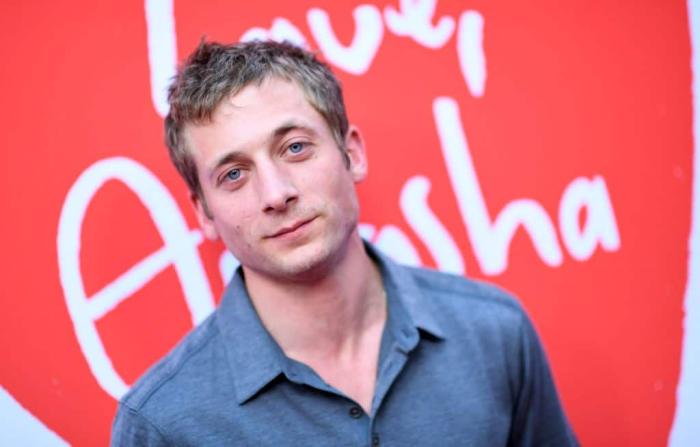 It’s going to be hard to compete with Cocaine Bear for the Pajiba 10 this year. But, if anyone can stand up against that, it’s Jeremy Allen White. I still haven’t watched any of Shameless (yes, yes I know. I know. But I can’t control time well enough to add more hours to my days) so I missed his lauded turn as Lip Gallagher. That doesn’t matter because I don’t care about The Gallaghers. Do you know what I do care about? Chicago, Chicago Beefs, and people who work in professional kitchens (preferably making Chicago Beefs.) So basically, what I’m saying is, The Bear was the best thing I watched on TV all year. Jeremy Allen White with his sad blue eyes, in his dirty kitchen whites, was the best part of it.

Jeremy’s a local boy from Brooklyn who danced his way through elementary school before switching focus to acting to attend The Professional Performing Arts School. That’s the one that’s NOT the Fame school. Jeremy was cast in Shameless right out of high school. Although, per Wikipedia (and the unwritten contract all actors living in New York City abide by) he did appear in a couple of episodes of the Law & Order franchise before that.

That’s the bulk of his career right there. But that’s OK! The Pajiba 10 is not about talent or the number of projects or awards you’ve racked up. It’s about objectification! And my boy, Carmy, has the same right to be objectified as any other member of Hollywood. Come on, look at him.

He’s still got that lean, long, muscular dancer’s body. An aquiline nose that would put Mark Antony to shame (the Roman politician, not this guy.) He’s got those deep-set baby blues that stare right into your soul. He’s one of those few men who look good both well-groomed and when he’s messy. He’s dreamy. And he’s done well playing the type of damaged characters we can all connect to, and know deep in our hearts we can fix if only they’ll let us. Sigh.