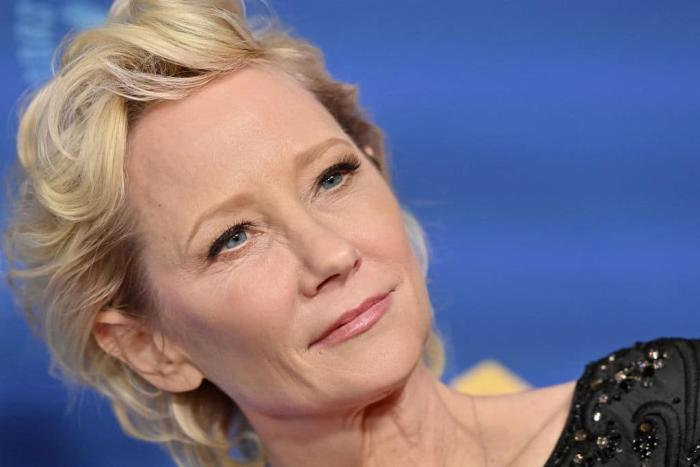 Of Course the Conspiracy Weirdos are Lying About Anne Heche

Actress Anne Heche died this week after a devastating car crash. She was 53 years old. The circumstances of her passing are tragic, with Heche reportedly being intoxicated when she drive her car recklessly through the Mar Vista neighborhood of LA and destroyed one resident’s home. Heche was pronounced legally dead on August 12 but was kept on life support until Sunday in order to donate her organs. It’s a deeply sad state of affairs, with Heche leaving behind two children and a legacy defined by her troubles. It shouldn’t surprise us that the conspiracy theorists are coming for her because this is now the world we live in, and yet it still proves baffling and cruel.

Vice reported how various TikTok and other social media accounts have begun peddling outlandish conspiracies about Heche’s passing. One theory that’s being peddled is that Heche was killed for her role in the little-seen 2008 film Toxic Skies. IMDb describes the movie as the story of ’ a World Health Organization Doctor who uncovers the real cause of an epidemic is the government’s secret chem-trail program.’ Another account claims that her casting in an upcoming TV movie, Girl in Room 13, revealed her plans to expose a worldwide human trafficking ring.

I don’t want to give these ambulance chasing tinhatters too much oxygen but I do think it’s worth discussing this unbearable and ever-present cycle of conspiratorial cruelty that has permeated every aspect of our lives. We can pretend that ignoring stuff like this makes it go away but that’s never been true. Just casually search Heche’s name on Twitter and you’ll see the madness unfolding at a terrifying rate.

I’ve said before but it’s true that we live in immensely paranoid times. The spreading of misinformation and outright smears has never been a speedier endeavor, nor a more profitable one. The world of celebrity has always been a potent breeding ground for these theories, which verge from minor to offensive. Celebrity conspiracies are also a scarily accessible pipeline to full-blown QAnon-esque hatred. It’s easy to get people riled up about the rich and famous, and to spin elaborate fantasies of the likes of Oprah, Tom Hanks, etc, being villains on the level of Thanos. When something seems so out of our own realities, it’s not tough to project ideas of power that go well beyond the mundane truth.

People want answers and a lot of the time there aren’t any. We don’t have concrete explanations for why messy, troubled, and painfully normal human beings do what we do, not all of the time anyway. A lot of extremely callous people make a lot of money by offering answers. Slivers of truth strengthen their case but any attempts to refute the blatantly untrue are ill-advised because the goalposts are always moving. Is it easier for some people to imagine that Anne Heche was murdered rather than accept the sad, lonely truth? I imagine it is for a few, but frankly, the majority of the conspiracists dragging her name through the algorithm don’t give a damn about Anne Heche. They just like having a new figure to add to their puppet show. They can sell their crap as some worthy exploration of the truth but all they’re doing is manipulating an already awful situation to suit their needs. And they’ll keep doing it whenever another celebrity dies (hello, anti-vaxxer creeps who tried this sh*t with everyone from Bob Saget to Betty White.) I promise you that hyper-analysing images of a dying woman on a stretcher, taken from a stalker helicopter, are not respectful ways to honor anyone.

Anne Heche deserves better than this, in life and in death.