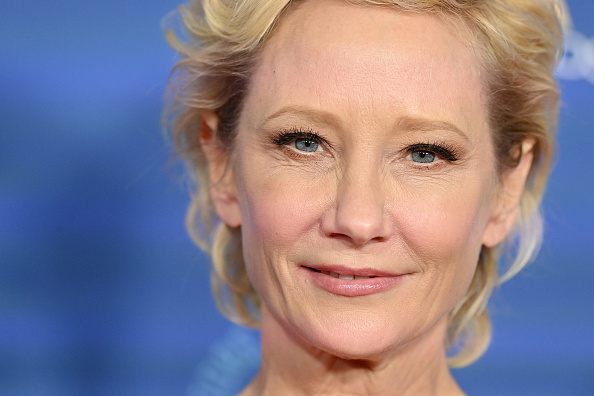 On Friday afternoon, Anne Heche reportedly crashed into an apartment building’s garage — a crash police are referring to as a “misdemeanor hit and run” — before leaving the scene. Soon afterward, while driving “at a high rate of speed,” Heche crashed into someone’s house. The house and the car caught on fire. The occupant of the house was reportedly about two feet away from where Heche’s car came to a stop. She was not injured; she and her pets safely escaped. The house, however, became so engulfed in flames that it took 59 firefighters over an hour to put it out. Heche was transported to the hospital, where she was treated for severe burns in the ICU. She is currently in stable condition. 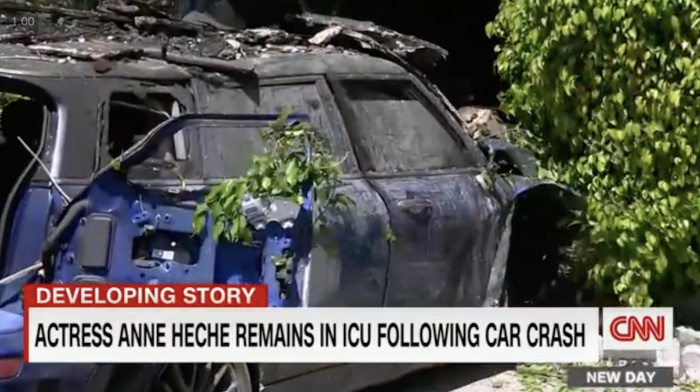 Because of her injuries, police have not yet questioned Heche about the details of the crash. During a podcast reportedly recorded earlier in the week — and posted “hours before the crash” — Heche was drinking wine and vodka and could be heard slurring. A rep for Heche denied reports on social media suggesting that the podcast was recorded and posted on the same day as the crash (the podcast was subsequently pulled). According to doorbell camera footage from several houses, obtained by TMZ, Heche was driving at a high rate of speed through residential neighborhoods before the accident.

Since the accident, a number of celebrities — including Alec Baldwin, Roseanna Arquette, and her ex, James Tupper (with whom she shares a child) — have expressed thoughts and prayers for Heche on social media. They have, however, been met with backlash from other users.

She could have killed somebody.

Heche needs some serious mental health counseling before she hurts someone.

A GoFundMe for the occupant of the home Heche crashed into, Lynne Mishele, has been set up and has raised $57,000 at the time of this posting. Heche is said to have a long recovery ahead of her.