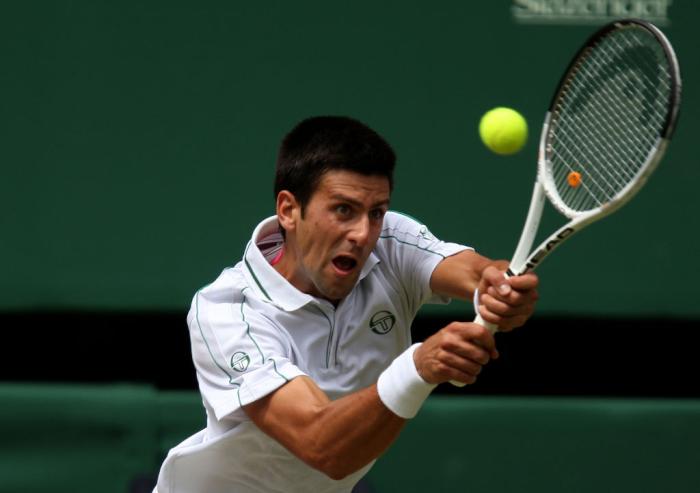 Novak Djokovich's Visa Was Denied at the Border

If it were possible to overdose on schadenfreude, this would be that moment. Serbian tennis star and pretentious anti-vaxxer Novak Djokovic, scheduled to play at the Australian Open, was denied entry and questioned for hours about issues with his application. The Australian Border Force said Djokovic “failed to provide appropriate evidence to meet the entry requirements to Australia, and his visa has been subsequently canceled. Non-citizens who do not hold a valid visa on entry or who have had their visa canceled will be detained and removed from Australia.” His team failed to request the appropriate visa, and the mistake wasn’t noticed until he arrived.

Djokovic had only yesterday announced he would defend his title in the Australian Open, after being granted a medical exemption by the Victorian Department of Health and other bodies, who gave no reasons why a 34-year-old man in peak physical condition couldn’t handle a little prick. Privacy issues, no doubt. One person who must be satisfied is Australian Prime Minister Scott Morrison, who previously stated that Djokovic would be denied entry to the country unless he proved his medical need.

Djokovic played coy with his vaccination status for a long time. He did state openly that he was “opposed to vaccination,” which in terms of human progress is like being against indoor plumbing. He finally stopped pussyfooting around when he was granted the exemption, and then cocked it up by requesting the wrong visa. He is of course appealing the decision, but with luck, he’ll be swiftly deported.

Arriving only to be deported is better than if he was refused entry in the first place. He’d have told the world he was oppressed and the people who think they lose every time the public wins would believe it. This way he’s only been victimized by his team’s incompetence. It’s hard to play the martyr when you’re holding the hammer.

And if there’s a humble Australian civil servant out there who realized Djokovich filed the wrong visa application but kept their mouth shut so events played out this way, I salute you. You are my hero, and if you’re ever in the States please let me buy you all the drinks.