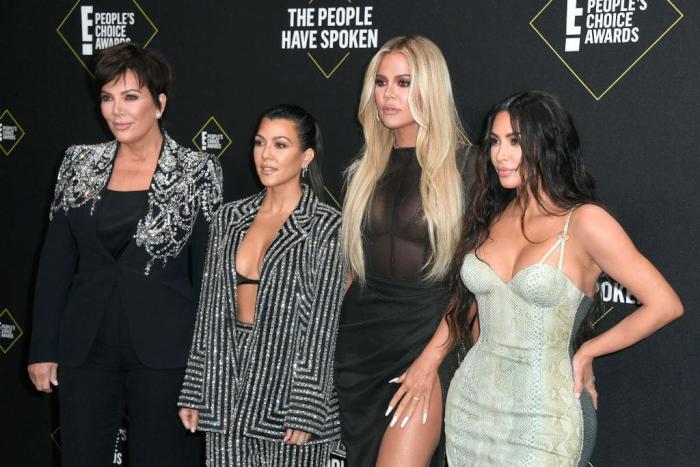 Nice Face, Shame About the Face: Falling Down the Rabbit Hole of Plastic Surgery Instagram

Have you ever thought about how Frida Kahlo would look had she had a bit of work done? I understand that the celebrated artist had other things to worry about during her time, such as her political activism and her paintings and, you know, being one of the most strident public voices against the scourge of capitalism, but surely he thought about plucking her monobrow and shaving down her chin now and then, yes? The Instagram account fixedyouu, which claims to deal with ‘fun and education’ among the plastic surgery and photoshop community, clearly thought so. Their ‘redo’ of Kahlo removes her iconic monobrow, softens her chin and nose, plumps up her lips, and widens her eyes. Apparently, this exercise was done to ‘reflect the beauty standards in 2020’ and is purely for ‘educational’ purposes, although the heart-eyes emoji accompanying the before/after image suggests that the account thinks the new version of Kahlo is somehow superior to her reality.

Frida Kahlo in 2020 😍⁣ ⁣ Tag a friend! Share with friends 🙏🏻💕 ⁣ ⁣ Follow @fixedyouu for more content like this! ⁣ ⁣ This iconic Mexican painter/artist died in 1954 leaving behind a legacy that will be remembered for many centuries. ⁣ ⁣ In this period transformation, I transformed her face to reflect the beauty standards in 2020. This shows Frida going from 1900s to 2020. Our standards are far different than those Frida promoted. Throughout the years our standards have changed dramatically. High brows, larger and tilted eyes, small and well contoured nose, larger lips, v line jaw and strong cheekbones. ⁣Have we strayed too far? ⁣ Who do you think she looks like now? ⁣Most people in the comments think she looks like Alyssa Milano, others think Salma Hayek! 🤣 True artists respect other artistic work. I am pretty sure Frida would have respected my art :) ⁣ ⁣ DISCLAIMER: This is only a morph, a computer simulated image. It is not the results of real surgery. This is for demonstration and educational purposes. Demonstrating the potential of plastic surgery and photoshop. Educational because I am able to help provide insight in said surgeries/procedures and we are able to discuss these procedures. I am not in any way suggesting this person needs to undergo plastic surgery. I am not a medical professional and I do not provide medical advice. I do not think she is ugly either. This post should only offend or insult you if you think the after actually looks better therefore making the before less attractive in your opinion. #mexican #mexico #fridakahlo #painting #art #edit #photoshop #photooftheday #picoftheday #plasticsurgery #cosmeticsurgery #cosmetics #rhinoplasty #nosejob #jawlinefiller #beforeandafter #transformation #eyebrows #memes #meme #beauty #explore #explorepage #injections #fun #likeforlikes #fff #followforfollowback #model #photoshoot

If you spend any amount of time on Instagram then the chances are that their impenetrable algorithm will throw one of three things your way — videos of nonsensical cooking and cleaning ‘hacks’ that are blatantly fake; clips of body horror coded as educational thanks to the likes of Dr. Pimple Popper and her knock-offs; and plastic surgery/Facetune before and afters. Some of these come with specific purposes relating to exposing how scarily prevalent photoshopping tools are in every aspect of online life, but a lot of them are just there to remind you that women will never be good enough for the world.

You don’t have to dive into the dark side of cosmetic augmentations to see how omnipresent face and body alterations are on social media. We’re used to assuming that every image we see in a magazine is photoshopped, to the point where it’s mundane in its normalcy, but such things feel practically tame compared to the might of Facetune and other associated apps. I’ve become scarily used to seeing faces so overtly-filtered and touched-up that the mere concept of pores seems like high fantasy. The face of a Kardashian, a Jenner, a Hadid, becomes a concealer-clad canvas to tweak in ways that you only notice because you have a before image to compare it to or because you have become attuned to spotting warped walls and faults in the background that indicate over-zealous Facetune use.

The Instagram account Celeb Face shows how much the reality of a famous figure’s face differs from what they present online. Some changes are wild but others are minuscule, so tiny and pointless that you wonder why they even bothered. Are these celebrities and their publicists just so used to doing this that they don’t even think twice? Do they simply change a little bit here and there for no reason other than because they can? It’s those tiny shifts that somehow bothered me more than the full-face computer make-overs. We know those are ridiculous but going to all that effort just to lift a nostril or bring your waist in a millimeter strikes me as so much sadder.

On May 22, Khloe Kardashian posted some images of herself on Instagram that crossed the line past the uncanny valley and into the territory of the wholly speculative. Half of her jaw was simply gone, one eye seemed bigger than the other, and part of her necklace had been wiped out. Khloe’s mother, Kris Jenner, declared in the comments that she looked beautiful. One two minute browse on Getty Images — full of photographs taken by people not paid off by the extended Kardashian clan — revealed what she actually looks like. Shock horror, she has a chin.

Indeed, the Kardashian-Jenner family feel like Ground Zero for the prevalence of a specific face on Instagram, one that is everywhere in these before/after images offered by cosmetic surgeons shilling their wares on the site. To watch the evolution of Kim Kardashian’s face over the past 15 or so years that she’s been in the spotlight is to watch the evolution of a kind of beauty that is designed exclusively for the internet. It’s a kind of beauty that really doesn’t work off the internet. You can’t possibly keep up that illusion, no matter how many paid-off paparazzi you have in your corner. Perfect symmetry, pore-less skin, catlike eyes, pouty lips, small nose. The Kardashian-Jenner sisters now look almost identical to one another, something that wasn’t the case when their reality series first started. They’ve all turned into Kim, especially Kylie Jenner, whose surgery and photoshop antics became the basis for a fake-billionaire business venture. That look is trendy and has been for years, but Kim Kardashian’s face changes so often that keeping up with it, no pun intended, is an impossible endeavor.

Everyone looks the same in these images, meaning that they all look like Kim Kardashian or Bella Hadid, a model whose changing face is the stuff of parody online thanks to her refusal to admit that she’s ever had any work done. Instagram is full of images of brow lifts that give the eyes a more fox-like shape. Surgeons’ accounts show off these results with pride and incorporate images of celebrities to show us poor slobs the amazing possibilities if we pay up. Dr. Alexander Rivkin, whose Instagram account informs me that he invented the non-surgical nose job, even photoshops celebrities like Jennifer Lopez to show the importance of good work.

How important is a well defined chin? 🤔⁣ ⁣ Here we used Photoshop (on the right) to give JLo a weak/receding chin. Taking away her strong and well balanced chin throws off her facial proportions and makes the submental area (under the chin) appear more full.⁣ ⁣ Some of the most popular chin shapes we hear patients ask for are 👇 Scarlett Johansson - Heart Shaped Chin -Considered one of the most beautiful and commonly requested chin shapes.⁣ Angelina Jolie - Square Chin -This type of chin is considered to be beautiful and striking. Completely square at the bottom, it suits both sexes.⁣ ⁣ 💡Did you know? X-rays from a cosmetic surgeon, which have surfaced since Marilyn Monroe's death, show that she had surgery to augment her weak chin early in her career. She had cartilage implanted into her chin in 1950. ⁣ ⁣ Two very common hereditary chin issues: the double chin and the “weak” chin. The double chin is certainly not a second chin; it’s actually an extra layer of submental fat under the chin. While weight may come into play, often a double chin is hereditary and may have nothing to do with weight. ⁣ A “weak” or receding chin is usually related to a hereditary condition called retrogenia, when the chin naturally projects slightly backward toward the neck. ⁣ ⁣ With Non Surgical Chin Enhancement Dr. Rivkin is able to correct the appearance of a weak chin by using injections of filler to project the chin forward. This can also improve the appearance of a double chin. The Non Surgical Chin Enhancement is also an option for patients wanting to change the shape of their chin, to achieve their desired aesthetic. ⁣ ⁣ DISCLAIMER: Please note that the photos herein, including modifications of those original photos and comments thereon, are for illustrative and educational purposes only. They are not, and do not, represent actual results, nor guarantee actual outcomes which are always patient specific. Please contact us for a personalized consultation.

What goes unspoken in this endless glut of makeovers and photoshop is the racial aspect of such beauty standards. The most sought-after faces, the ones that get the most likes and are clearly the end-result of surgery, botox, make-up, and Facetune, are all white women who have appropriated the beauty and culture of women of color, particularly Black women. The endgame of Facetune, filters, and surgery seems rooted in divorcing a particular kind of beauty from its intersections with race, and that’s truly abhorrent. The Kardashians darken themselves with concealer, inflate their lips and their backsides, and wear cornrows to use blackness as a costume, and it’s proven incredibly lucrative, not to mention highly influential among generations of white women who now mold their faces via Instagram to follow suit.

This is obviously an unsustainable system. The vicious circle is one that will inevitably end badly for these women. You cannot keep getting work done to match your Instagram face, then Facetune it into oblivion, then go back to the surgeon to match that new face over and over again. Your skin won’t allow it. Eventually, all that photoshop will be used to rectify the mistakes of surgeries past. Look at Kim Kardashian’s Instagram page and you’ll notice that her butt now looks a lot smaller than it does in real life…

← LGBTQ+ Movies You Can Stream To Celebrate Pride Month | 'Is The National Antifa?' Is A Question We Have To Answer Now →