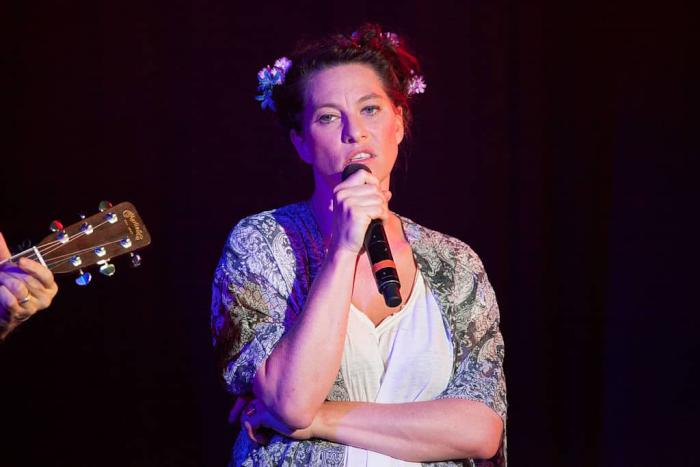 New Zealand Twitter Dragged Amanda Palmer and It Was Satisfying

We’re one day into the Biden Presidency so let’s start things off with a bang. Remember Amanda Palmer, the wildly divisive musician with a long and exhausting history of nonsense? You may recall that she was the one who attacked a music journalist for several months because she claimed she wasn’t getting enough positive attention from the press. She also has a long history of loving the N-word, trying to get musicians to perform unpaid, once wrote a poem romanticizing one of the Boston Marathon bombers, and claimed that Donald Trump would make punk rock great again. How did that work out, Amanda? Well, Ms. Palmer never stuck around in America long enough to have her self-described Weimar-era Germany artistic revival. She also infamously moved to New Zealand as the COVID-19 pandemic kicked off. Her husband, Neil Gaiman, caused a lot of anger when he left the country and flew to Scotland during lockdown despite government advice condemning such actions. He then went back to New Zealand.

Following the inauguration, Palmer decided to share a heartfelt story of an encounter she claims she had in a local coffee shop where she was greeted by ‘spontaneous applause’ because people knew she was American.

just walked into a coffeeshop here in aotearoa new zealand and everybody behind the counter, not really knowing me but knowing i was american, erupted in spontaneous applause

And then a group of Hobbits sang a song for her. Then Taika Waititi gave her a thumbs up. Then Jacinda Arden awarded her the official medal of New Zealand, which is shaped like a kiwi and handcrafted by the Flight of the Conchords.

if anyone other than amanda palmer saw this happen, please come forwards https://t.co/fEGtwL6pTP

As someone from New Zealand, the only time I’ve ever seen people clap in Hospo is when someone dropped a whole tray of wine glasses and most of the staff did a sarcastic slow clap. There’s no way anyone would clap for you for simply being American smh

It’s not hard to see why people were skeptical about this actually happening. Palmer is a known bullsh*tter and attention seeker who turns everything into a commentary on herself. This is the woman who watched 12 Years a Slave and said that it was about how ‘the privileged (whites/straights/menfolk) MUST be allowed to fight for change. not just the oppressed.’ Yup, it really was a movie about and for white people, eh? Bang-up job there. This is like every Jacob Wohl tweet about hipster coffee shops, or a best-of selection from the r/ThatHappened subreddit. Even if it did happen, it’s the kind of self-aggrandizing nonsense that Palmer loves, an excuse to turn the most impactful and difficult moments in world history into her personal ukulele anthem inspiration.

She only made it even more condescending as she tried to justify herself.

i never take it for granted. it’s so weird living through this whole moment in a foreign country. but just so you know, the kiwis feel an intense affection for americans and worry about the american situation. there’s no gloating or malice ever. just a beautiful, gentle concern.

‘the kiwis feel an intense affection for americans’? Jeez, they’re not mythical creatures and, from my experience with Kiwi friends, they really don’t give that much of a crap about Americans. Maybe they’re just trying to be polite and you’re twisting that into some sort of glowing deification of a foreign country?

pov: you're a 20-something worker at a New Zealand coffee shop and you were polite to amanda pic.twitter.com/IjAU04rPAf

We’re not unicorns.
And as a rule, when we meet an American the reaction is generally something like,
“Oh shit, here’s another bozo who thinks we’re hobbits with Aussie accents. Hopefully this one can at least boil their own water?”

Hi. AP. Have always loved your music but please understand america is the imperial power and Americans have systemic privileges in NZ over new zealanders in hiring and academia so your tweet has loaded connotations that while your weren't aware of, try to understand.

She doesn't take it for granted, but she does take it upon herself to speak for a population she clearly does not fucking understand in the slightest https://t.co/YiDcuOCSio

this is an absolute lie lol ur dumb country's inability to keep its own people and conspiracy theories under control impacted our political landscape and there is no "intense affection" towards that https://t.co/Qniobdip4e

Working class Americans who don't have the privilege to escape a crumbling racist empire, yes. Wealthy Americans who use Aotearoa as their bolt hole, fuck no. https://t.co/q7VefFQTqx


Maybe New Zealand is just being polite to Palmer until she leaves. Having a celebrity bypass the rules to use your country as their personal pandemic parking spot must suck, especially when their husband flagrantly breaks the rules because he missed being in the same timezone as his pals. I’m sure Palmer will write a terribly screeched ukulele song about meat raffles and Peter Jackson to prove her love for the nation, then all Kiwis will quietly do the wanky hand gesture behind her back.

← Andy Daly Should Just Be On Every Episode Of 'Conan', Thanks | We Need to Criticize Joe Biden When He Deserves It →