Many of you may not be keeping up with the celebrity couple racket. You can be forgiven, what with a pandemic, unemployment, potential health issues, etc. That’s why I am here. I am your celebrity couple huckleberry, if you will, and who better to fill this role than a middle-age dad who lives in Maine?

First up: We don’t have access to the photos (they’re at TMZ), but Bradley Cooper and Jennifer Garner have been hanging out at the beach. I mean, it could be nothing! They’re longtime friends who worked together on Alias. He has a man bun, and Jennifer Garner doesn’t look like someone who would date a man with a man bun. I mean, she’s wearing a sweater to the beach, and BCoop is not a man who has any major red flags, and Garner is attracted to clear red flags. I don’t know why TMZ is calling these photos “flirty,” but it is August and we are in a pandemic, and I will take it. Let’s all make something out of nothing! These two are perfect together, and how often have we seen attractive single people of the opposite sex go to the beach together? IT DOESN’T HAPPEN. (On the other hand, Ben Affleck is also good friends with Cooper and credits him for helping him sober up. But also, HE’S not at the beach with Brad Cooper. He’s at the beach with Matt Damon, so …)

Anyway, no one’s representatives have reached out yet to comment. But we do know that Tiffany Haddish and Common are, like, for real dating. These two went on a virtual date to promote the dating app, Bumble, but also, Haddish not only confirmed that they are dating, but that she has lost 20 pounds since their relationship began because “she’s so happy.” 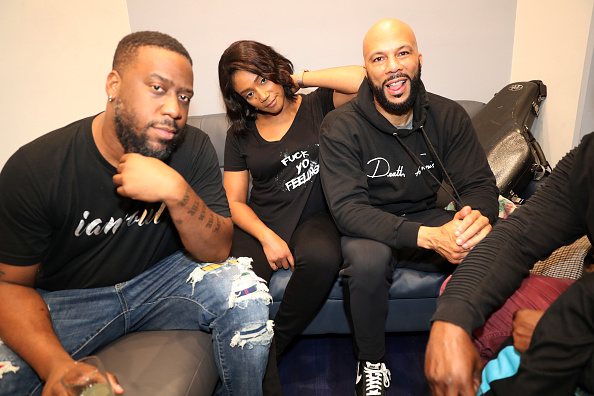 Meanwhile, Machine Gun Kelly and Megan Fox are official, and Brian Austin Green is cool with it.

Achingly Beautiful Boy… My heart is yours 🔪♥️🔪


Or maybe Brian Austin green is not that cool with it (here he uses the same caption Megan Fox used in the insta above to refer to their children).

Achingly beautiful boys…… My heart is yours


I don’t know who Goody Grace is, other than he’s a Canadian musician, but he and Kate Beckinsale have been in a relationship for a few months now. (He doesn’t look like this. He looks like this.)

happy birthday @katebeckinsale i love you 🖤∞


Finally, Jay Cutler’s ex-wife, Kristen Cavalerri, has reunited with this guy, and I’m sure this photo means something to many of you. It means nothing to me, except that Jay Cutler probably just upped his cigarette intake to three packs a day.


← Students Are Returning to Schools; It's Not Going Well | New York Attorney General Letitia James Is Dissolving the NRA →