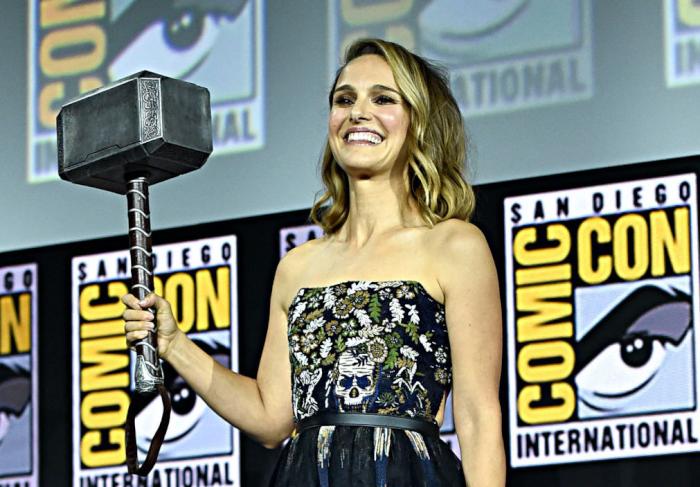 In some parts of the world, things are continuing to progress almost as normal. In Australia, for instance, Natalie Portman and Chris Hemsworth are training and engaging in other pre-production activities as they prepare to shoot Taika Waititi’s Thor: Love and Thunder, which is a movie we will one day be able to see in theaters (that day, specifically, is February 11th, 2022). In the film, Portman returns to play Jane Foster, who will eventually become Thor — or specifically, Mighty Thor.

In the meantime, she’s working out and trying to “look like an action figure” ahead of the shoot, while also having to compete with … this.

Triple-A could probably change that tire for him, but in either respect, after Jimmy Kimmel showed Portman the photo, she joked that she is “going to look like his little grandma next to him.” She also speaks extensively about her experience living in Australia right now, where there hasn’t been a new local case of COVID in three weeks, and where they are able to behave in a mostly normal fashion, which is bonkers to consider when over here, we’re basically living the “bring out your dead” scene from Monty Python now.

Joining Portman and Hemsworth for the film will be Christian Bale, Tessa Thompson, and Chris Pratt. As 2020 is the first year since 2008 without a Marvel film, the MCU has a lot of catching up to do in the coming years. Hopefully, movie theaters will still exist to screen them.