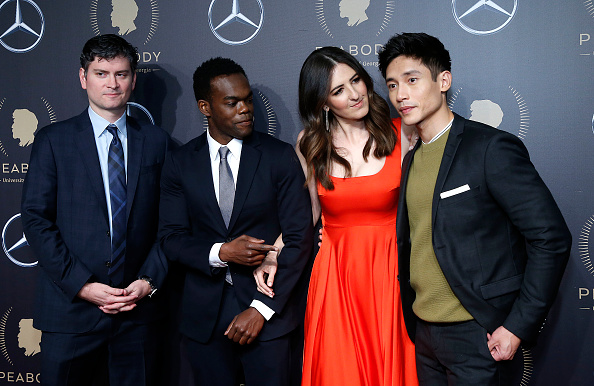 Are “clickbait” headlines moral? That’s the sort of question that Mike Schur might take up in How to be Perfect: The Correct Answer to Every Moral Question, a nifty new book that compiles in an easy-to-understand format all the philosophy he learned while doing research for his NBC sitcom The Good Place. It is to a college Philosophy 101 course what one of Seth Meyers’ “Closer Looks” might be to the nightly news, which is to say that it presents what some might consider dry material in a fun and amusing way.

How to be Perfect: The Correct Answer to Every Moral Question takes us through the major schools of Western philosophy — Aristotelian virtue ethics, utilitarianism, and Immanuel Kant’s deontology — with detours along the way to cover offshoots like contractualism, existentialism, moral fatigue, and even whataboutism. Schur’s breakdown of each school of moral philosophy is interesting in and of itself, but where How to Be Perfect shines is in how he applies those schools of thought to everyday experiences. What obligation, for instance, do we have to return a shopping cart to the store? Should we wait until a barista is looking to drop money into a tip jar? What is the proper way to apologize?. What do we do when we find out terrible people are behind our favorite movies, tv shows, and music? He also spends a chapter on the Trolley Problem itself, and within it, challenges our own approaches to moral philosophy.

Along the way, he also interjects a few stories from his own life — for instance, the time he shamed a man whose car he bumped into on social media, and the regret he felt afterward — as well as instances in which he applies what he’s learned to his approach to parenting (and there’s a very sweet Coda written for his kids).

It’s a terrific, informative, and entertaining book, and if you get the audiobook — you should! — you also get to hear the author himself narrating, along with cast members of The Good Place and the occasional interjection from Todd May, the philosophy professor who assisted Schur in researching and understanding moral philosophy. I loved it! Four out of five stars! Would read again.

Ultimately, this was the intent of this article: To encourage you to check out Mike Schur’s philosophy book. That’s not what the headline suggests. Why? Because far fewer people would click on a post with the headline: “Review: Mike Schur’s How to be Perfect: The Correct Answer to Every Moral Question.” That’s very dry. The title is also so long that there’s no room left in the space to spice up the headline, at least not without it being cut off by Google or Facebook. Schur: Your title is lousy for SEO!

I went with the misleading but accurate headline, “Mike Schur Hates Ayn Rand,” because it is true (and I’ll tell you why below), but also because it will elicit far more clicks.

Is that unethical? I suppose that depends. A virtue ethicist might justify the use of clickbait because it is ultimately benevolent: I do so to the benefit of Mike Schur — whose book you might buy — and to the person who clicked on this article and decided to buy a very enjoyable, informative, and enlightening book. Also, more clicks equals more money for one of the few remaining independent pop-culture sites on the Internet. I would say, “You’re welcome!” but I’m not doing it for me. This is a benevolent act that I just happen to benefit from in the form of multiple pennies worth of financial gain!

A deontologist might disagree. Deontologists emphasize the acts or duties themselves. Clickbait is a form of fraud, regardless of whether it ultimately benefits anyone, therefore the misleading headline is ethically wrong. In deontology, there is no room for nuance. I acted unethically, and even if this post resulted in 100,000 copies sold, and even if Mike Schur donated all the proceeds to cancer research, and even if that money resulted in a cure for cancer, it would not matter! Clickbait is wrong. Period.

A utilitarian, however, emphasizes not the act, but the consequence of the act. It doesn’t matter how bad the act is so long as it maximizes well-being. Whether your well-being has been maximized by this post may be an open question — have I not brought you joy?! — but in certain schools of philosophy, moral intent matters, too, and my intention is always to bring you happiness, dear readers. I ❤️ you!

To atone for my moral sins, here’s a passage from the book that I transcribed about Ayn Rand:

[Ayn Rand’s Objectivism] is an amazing philosophy, and not in a good way. If our own happiness is the moral purpose of our lives, that means that we are obligated to maximize it at the expense of everything else, including and especially other people’s happiness … [Rand’s philosophy basically amounts to] f*ck all y’all. It’s frankly dispiriting that a woman who advocated radical selfishness and utter disdain for everyone but one’s self wasn’t booed off the world’s stage but even today, Rand has plenty of adherents, especially among those who call themselves libertarians. There are more than a few Randites in the U.S. Congress. Former Speaker of the House Paul Ryan says that he asked all his staffers to read her books, a request which — based on their length and unreadability may have violated the Geneva Conventions …

… The appeal of her theory to those interested in achieving and maintaining power is certainly more likely to explain her enduring place than is her actual talent. Rand’s novels are endless monstrosities written in turgid prose that doubles as an effective pre-op anesthetic. As one noted academic once put it, “There are only two problems with Ayn Rand. She can’t think, and she can’t write.”

The most cursory glance at any of our previously discussed moral theories sends Objectivism toward the flaming garbage can of history … nonetheless, we live in a world where “be as selfish as you can” is somehow a mainstream moral theory. It’s out there. Floating around. Telling us we can do whatever we want. Ignore the value of others’ lives. Treat everyone as a means to our own end. Decide that we owe nothing to anyone.

How to be Perfect: The Correct Answer to Every Moral Question is available now in your favorite independent bookstore or on Audible.

← Dakota Johnson Will Be Playing Madame Web In Sony's Version Of The Marvel Cinematic Universe | 5 Shows After Dark: 'Raised by Wolves' Season 2, 'And Just Like That' First Season Finale →