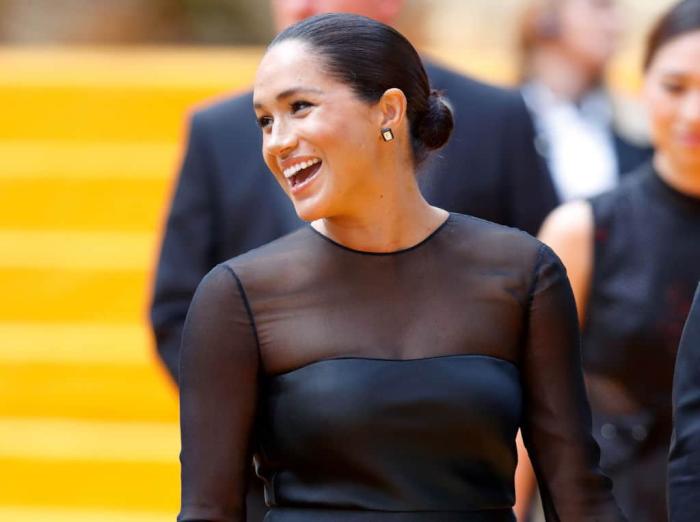 It had been rumoured for a few months now that Meghan Markle, Duchess of Sussex, would be guest-editing the British edition of Vogue, and now it has been revealed.

We are proud to announce that Her Royal Highness, The Duchess of Sussex is the Guest Editor for the September issue of @BritishVogue. For the past seven months, The Duchess has curated the content with British Vogue's Editor-in-Chief Edward Enninful to create an issue that highlights the power of the collective. They have named the issue: “Forces for Change” For the cover, The Duchess chose a diverse selection of women from all walks of life, each driving impact and raising the bar for equality, kindness, justice and open mindedness. The sixteenth space on the cover, a mirror, was included so that when you hold the issue in your hands, you see yourself as part of this collective. The women on the cover include: @AdwoaAboah @AdutAkech @SomaliBoxer @JacindaArdern @TheSineadBurke @Gemma_Chan @LaverneCox @JaneFonda @SalmaHayek @FrankieGoesToHayward @JameelaJamilOfficial @Chimamanda_Adichie @YaraShahidi @GretaThunberg @CTurlington We are excited to announce that within the issue you’ll find: an exclusive interview between The Duchess and former First Lady of the United States Michelle Obama, a candid conversation between The Duke of Sussex and Dr Jane Goodall, inspirational articles written by Brené Brown, Jameela Jamil and many others. Equally, you’ll find grassroots organisations and incredible trailblazers working tirelessly behind the scenes to change the world for the better. “Guest Editing the September issue of British Vogue has been rewarding, educational and inspiring. To deep dive into this process, working quietly behind the scenes for so many months, I am happy to now be able to share what we have created. A huge thanks to all of the friends who supported me in this endeavour, lending their time and energy to help within these pages and on the cover. Thank you for saying “Yes!” - and to Edward, thank you for this wonderful opportunity.” - The Duchess of Sussex #ForcesForChange

Alongside the magazine’s editor-in-chief, Edward Enninful, Meghan compiled ‘Forces of Change’ for the September issue, highlighting ‘a cast of brilliant female changemakers who are set to reshape society in radical and positive ways.’ Meghan told the magazine:

‘These last seven months have been a rewarding process, curating and collaborating with Edward Enninful, British Vogue’s editor-in-chief, to take the year’s most-read fashion issue and steer its focus to the values, causes and people making impact in the world today. Through this lens, I hope you’ll feel the strength of the collective in the diverse selection of women chosen for the cover as well as the team of support I called upon within the issue to help bring this to light. I hope readers feel as inspired as I do, by the ‘Forces for Change’ they’ll find within these pages.’

A sneak peek of the #ForcesForChange video for the September Issue of @BritishVogue. Her Royal Highness, The Duchess of Sussex is the first Guest Editor for British Vogue’s September Issue and for the last seven months has worked to create an issue of inclusivity and inspiration, focusing on what connects us rather than what divides us. Fifteen women were chosen for the cover including New Zealand Prime Minister Jacinda Ardern, who generously lent her time to support The Duchess in this important issue. The women first met last autumn during Their Royal Highness’ official tour of New Zealand. Above, PM Ardern says: “One change that I’ve noticed over the course of my career, is just how polarised the world is now. I do think there is a solution to that though, and that’s ultimately us coming back to the humanity that we all share." Thank you PM Ardern for being an amazing force for change. For more details on this special project, please see previous post and stay tuned for more updates throughout the week.

The cover highlights 15 women who meet this mantra. They are:

It’s a diverse selection of women, very much in line with Edward Enninful’s efforts as Vogue editor to move the magazine away from the days of endless white women, as was the case with the previous editor, Alexandra Shulman. Interestingly, Meghan is not on the cover. Instead, there is a mirror panel, representing the idea that you, the reader, can be a force for change.

But Kayleigh, you say. This is all well and good but surely this has inspired the usual spiel of ceaseless anti-Meghan mouth-frothing nonsense from the British press. Of course, it has! What, did you think they were all taking the day off? Ha!

What do you think of Meghan Markle guest editing Vogue?@danwootton | #Lorraine pic.twitter.com/EQekuVohuC

That’s true! Royals would never lower themselves to such depths. Except for when Prince Charles guest-edited Country Life. And Kate Middleton guest-edited The Huffington Post. And Prince Harry guest-edited BBC Radio 4’s Today. But other than that, Meghan is obviously in the wrong. Royals would never get involved with fashion magazines. Except for when Princess Eugenie posed for Tatler and Harper’s Bazaar. Or when Kate Middleton was on the cover of Vogue. Totally different cases, you understand. Why would a woman who ran her own successful lifestyle website for several years want to guest-edit Vogue?

The Daily Mail already have up their ‘backlash’ article, which I won’t link to. The cycle continues.

← It's Not About Baltimore. It's About the Racism | In a Deleted Instagram Post, Taryn Manning Says that 'Orange is the New Black' 'Hurt Her So Bad' →