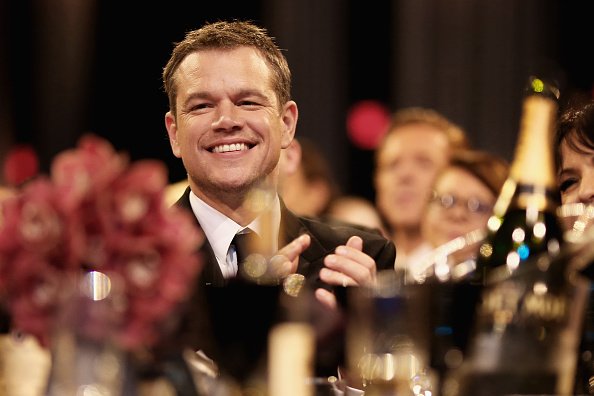 I moved to Boston a few months after Good Will Hunting was released, and though Matt Damon and Ben Affleck had nothing to do with that decision, that movie and those actors still feel linked to my years in the city. I’m currently staying in Boston for a couple of months again, and I still can’t drive by the Bunker Hill Monument without thinking of that movie. As actors, the two still have a weird hold over me.

As people? Affleck is a mess, but at least it appears that he’s shown some personal growth. But Damon? Ooof. My first great disappointment with Matt Damon came in 2015’s Project Greenlight when Damon pushed back against producer Effie Brown for calling for more diversity in the production of the film they were making. Damon actually scolded Brown, arguing that diversity was for “the casting of the film, not the casting of the show.” Damon believed that hiring a person of color for a role in front of the camera covered all their bases and that there was no need to worry about positions behind the camera. What’s worse is that Project Greenlight was Matt Damon and Ben Affleck’s show. Not only did Matt Damon say what he did, but he let it air, presumably under the assumption that he got the better of that argument (for the record, Ben Affleck diplomatically sided with Brown).

Then in 2017 (a very bad year for Matt Damon), he pulled a Scarjo before Scarjo and took the lead role in The Great Wall, a movie that was rightfully accused of whitewashing. That same year, Matt Damon not only defended Casey Affleck — the star of the Damon-produced Manchester by the Sea — but actively promoted Affleck’s ultimately successful Oscar campaign, basically saying that Affleck was different because Affleck was his friend, and I guess that being a friend of Matt Damon absolves bad behavior? He also said that Louis C.K. had earned forgiveness; that he wouldn’t want any woman he knew to marry Harvey Weinstein, but didn’t see any problem with working with him; and he also introduced the phrase, “a spectrum of behavior.”

It was a bad year for Damon, but he eventually learned to shut up, and as the years passed, shutting up started to work for him … until this weekend when Damon said that he’d been using “the f-slur for a homosexual” as recently as a few months ago until his daughter admonished him for its use in an essay she had written to convince Damon otherwise. Damon, again, thought this was a good thing to say in an interview in that, I suppose, it reflected well on his parenting (sure?). Though I haven’t read the The Times piece (it’s behind a paywall), I understand the kicker is that he offered this anecdote to help illustrate that he no longer sticks his foot in his mouth.

The man went to Harvard, and still apparently didn’t realize that the story was another example of sticking his foot in his mouth. You can take the boy out of Boston, but apparently, you can’t take the Boston out of the boy.

Yesterday, Damon’s publicist stepped in and tried to clean up his mess, releasing a statement to Variety characterizing the interview as a misunderstanding and insisting he never used the F-word.

“During a recent interview, I recalled a discussion I had with my daughter where I attempted to contextualize for her the progress that has been made - though by no means completed - since I was growing up in Boston and, as a child, heard the word ‘f*g’ used on the street before I knew what it even referred to. I explained that that word was used constantly and casually and was even a line of dialogue in a movie of mine as recently as 2003; she in turn expressed incredulity that there could ever have been a time where that word was used unthinkingly. To my admiration and pride, she was extremely articulate about the extent to which that word would have been painful to someone in the LGBTQ+ community regardless of how culturally normalized it was. I not only agreed with her but thrilled at her passion, values and desire for social justice.

“I have never called anyone ‘f****t’ in my personal life and this conversation with my daughter was not a personal awakening. I do not use slurs of any kind. I have learned that eradicating prejudice requires active movement toward justice rather than finding passive comfort in imagining myself ‘one of the good guys’. And given that open hostility against the LGBTQ+ community is still not uncommon, I understand why my statement led many to assume the worst. To be as clear as I can be, I stand with the LGBTQ+ community.”

I think the best thing Damon can do at this point is to go back to shutting up.