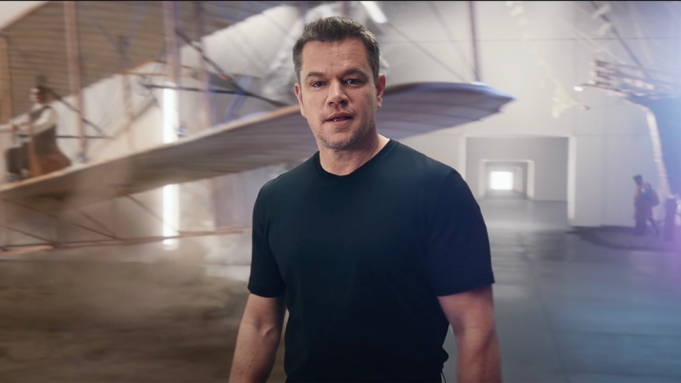 Matt Damon Is Really Leaning into His Unflattering Persona, Isn't He?

Let me just preface this by saying that I finally watched The Last Duel over the weekend, and honestly, it may have been my favorite movie of 2021, along with The Harder They Fall. I know that when it was announced — not that long after Matt Damon had said some dumb things about #MeToo — that the idea of a movie about two men dueling over the rape of a woman seemed about as tone-deaf as possible for Damon and Affleck (who co-wrote the movie), but I suspected there would be much more to it than that given the involvement of Jodie Comer and, especially, co-writer Nicole Holofcener. I absolutely loved it. Matt Damon plays a 14th-century controlling, man-splainey douchebag and Ben Affleck plays a preening womanizer (and the comic relief), which is to say: They’re perfectly cast for roles they wrote for themselves (I can only assume that Holofcener wrote Jodie Comer’s role as a direct response to theirs).

Matt Damon appears to be leaning into his douchebag persona these days, recently starring in a commercial for cryptocurrency. And look: I admit that I don’t know a lot about crypto. I mean, I know what it is. I know the basics. But I had no idea how much power it consumed until I saw this thread over the weekend, and while some I asked knew about the amount of power consumed mining crypto, others had no idea. It’s insane:

The power consumed per Bitcoin transaction on average could power an average US household for more than 1.5 months.

The irony of "doing something meaningful" by producing electric cars and investing $1.5bn in cryptocurrency, which equals the carbon footprint of 1.8 million cars. pic.twitter.com/MLU7JWqjvw

Letting people buy electric cars with crypto currency to "save the planet" is like cooling your house by leaving the refrigerator open.

Somehow it makes perfect sense that Matt Damon is not only promoting it but comparing it to the moon landing. Good God (and yes, I know this ad is months old, but it’s only now catching fire):

Matt Damon doing a crypto ad. Jesus Christ does he not have enough money already pic.twitter.com/mS3tUgJ6HT

I will buy Crypto from Matt Damon after he climbs Everest without supplemental oxygen.

Correction: there isn’t enough yuck in the world to describe Matt Damon advertising a Ponzi scheme *and comparing it to the moon landings*

did matt damon secretly buy his zoo with crypto :(

Someone please reach out to Matt Damon's agent and fire them. Damon reminds me of the time a cat died on the side of the road on my bike ride to school, and nobody did anything about it. Every day I just peddled by and watched that cat decompose. That cat is Matt Damon.

I'm curious about the series of conversations that resulted in matt damon not only doing an ad for crypto, but one that compares a libertarian private money scheme, which is built to defraud people and wreck the environment, to climbing Everest or the invention of flight

The only thing I can ever think of when I watch that Matt Damon crypto commercial pic.twitter.com/ZcXOyqbgga