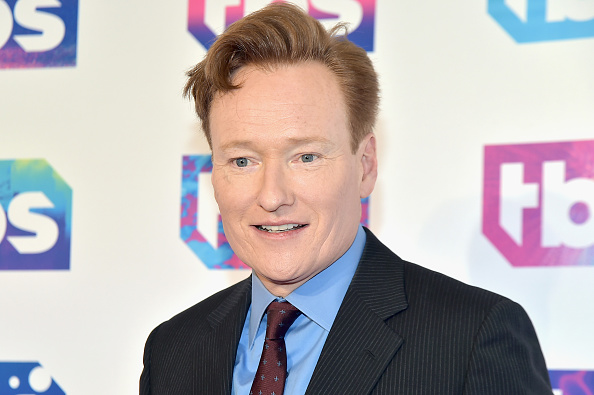 I love Conan. Everybody loves Conan. Conan is the best. If you listen to his podcast, however, occasionally Conan will wade into cancel culture, as he did this week in his conversation with Sean Penn, who has reportedly done some things that should have gotten him canceled in the past, but he has nevertheless come out the other side and has lived to assail the very cancel culture that he has evaded for so long.

Now, Conan is no Gina Carano, Joe Rogan, or Bill Burr (although, the latter is a reliably good guest for Conan). He at least approaches the topic with some nuance. “Empathy is a very important word and also forgiveness,” O’Brien, said on his podcast this week when discussing the topic. “This whole concept of cancel culture is … We found that someone did something in 1979 that is now not appropriate. They’re dead to us.”

It’s obviously an exaggerated characterization of cancel culture, which — again — is not a real thing. Ask Kevin Hart, who admits himself that he’s been “canceled three or four times” and still had one of the top movies on Netflix last month. We cancel people for a history of sexual abuse, or egregious online bullying, or, like, felonies. We don’t “cancel” people for shitty tweets. We yell at them!

Meanwhile, when Conan — a good-guy liberal who doesn’t have a problematic history — broaches the topic with his guests, the dynamic always turns into one in which it feels like Conan and whatever “friend” he has on the podcast unite in solidarity against cancel culture, which all sounds … like he’s trying to protect himself and his own. [In Conan’s hilariously bad ’50s cartoon gangster voice] “I’m a man of the people, see? But not if the people come after me and my wealthy and famous friends, see?! We stand together against the cancel culture riffraff, who oughtn’t be canceling us because one time we made a teenager cry on Twitter!”

The thing is, no one actually likes “cancel culture.” There’s not like a legion of people waiting around every online corner conspiring together to cancel someone and getting some sort of dopamine high out of it. I mean, those people probably do exist, but then again, so does QAnon. There are fringe lunatics everywhere.

“People can also be forgiven. If they even need forgiving. What happened to that?” Sean Penn added in the podcast. “It feels very Soviet, kind of, sometimes.”

Does it? I don’t know about that. When someone we admire or respect says something racist or homophobic, even something that doesn’t align with our perceptions of those celebrities, it feels … disappointing. I’m sure there’s a collection of people who gnash their teeth and demand fealty to the cancellation beast, but for the most part, I don’t think we like to feel disappointed in those we admire. It sucks. There’s a souring effect. But collective disappointment is not cancel culture. It’s just a … bummer. Mostly, we move on. We typically do not invest our lives in ensuring that someone’s Netflix show is canceled. That’s a decision made by business people, who weigh the effect our disappointment will have on their bottom lines.

Look: We are taught to confront wrongs, while Conan seems to be saying, instead, “You know what? If it didn’t happen in the last six months, look the other way! Let it slide!” And you know what? That feels kind of weird. Shouldn’t we express our feelings when we feel disappointed by the actions of someone else, be it celebrity or non-celebrity? Not, apparently, if it affects people whose careers might be damaged by that disappointment.

In the meantime, Sean Penn is still married to Vincent D’Onofrio’s daughter, which is certainly not cancelable, but man, it is weird.