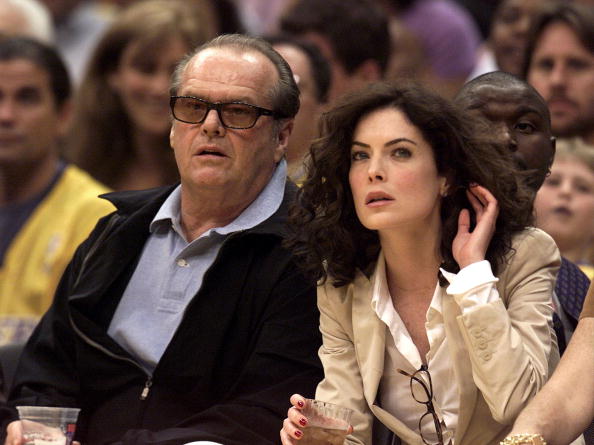 Lara Flynn Boyle Is Back (Not that She Left), and Starring in a Movie with Stan from 'True Detective'

A faded movie and television actress starring in what appears to be a B-movie with a Redbox cast — Bruce Dern, Ronnie Gene Blevins, Stephen Lang — would not typically rank as an entertainment news story worth coverage. However, I have always had a soft spot for Lara Flynn Boyle because of her work in the show that inspired me to go to law school, The Practice, and because I have a similar affection for Ronnie Gene Blevins, one of only a handful of people we’ve interviewed in 17 years of this site’s existence (interviews are not our thing, but when you get an opportunity to interview Stan from True Detective season one, how can you pass that up?).

Boyle also has an interesting and checkered history in Hollywood and continues to remain a tabloid figure, mostly for cruel reasons. Not that she is complaining, as she told The Hollywood Reporter this week in a rare interview. “I chose this profession. I would be a total jerk if I complained about it. If I’m going to take the paycheck, I’m also going to take the bad publicity. It’s going to happen,” she said. The woman whom Jack Nicholson once asked out in front of her boyfriend at the time, David Spade, has something of an inspiring perspective on her career at the age of 51.

Well, it’s not always a pony in a parade but I chose my career. I chose the highs, and I chose the lows. This career I have chosen has been kinder to me than it hasn’t. If I can’t roll with the bumps, then I have no business riding the roller coaster. Of course, I’m a human being and there are going to be questions that come into your head or your heart. I don’t know if this is good or bad, but I have weathered the storm with a lot of negative publicity and at the end of the day, I’ll take the negative publicity and keep on rolling. It’s worth it.

It probably doesn’t hurt that she’s also a Luddite — she doesn’t even know how to Google — because she believes in some situations that “ignorance is bliss.” She can’t be too opposed to technology, however. She must have an Apple TV+ account because she — like the rest of us — cannot wait for the next season of Ted Lasso (though she was bummed that Mare of Easttown chose to cast Kate Winslet instead of an American actress.)

Here she is with our man, Ronnie Gene Blevins, on the set of Death in Texas, Boyle’s first movie in five years.