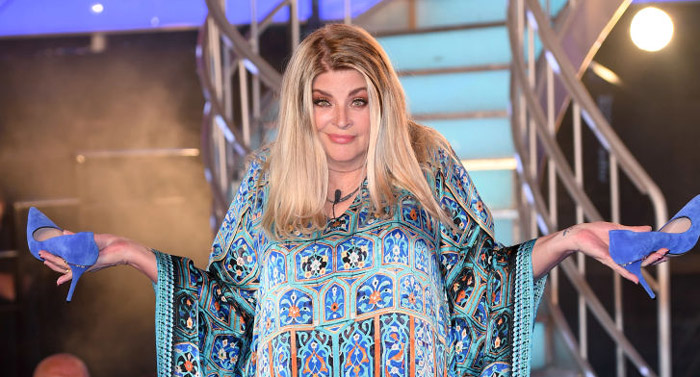 Welp, Kirstie Alley pulled a Chachi. The actress once cheered for Cheers is livid over the Academy’s inclusion initiative, which will impact future Best Picture races. The star of Look Who’s Talking took to Twitter to share her dismay.

This is a disgrace to artists everywhere…can you imagine telling Picasso what had to be in his fucking paintings. You people have lost your minds. Control artists,control individual thought .. OSCAR ORWELL https://t.co/QhM8e6msnj

She’s not only an Oscar fan; she’s an Academy member.

I’ve been in the motion picture Academy for 40 years. The Academy celebrates freedom of UNBRIDLED artistry expressed through movies. The new RULES to qualify for “best picture” are dictatorial .. anti-artist..Hollywood you’re swinging so far left you’re bumping into your own ass

She retweeted those who called the initiative “PC bullshit.”

This is the end of the Oscars as far as their original intention goes, which was the honoring of excellence by one’s peers. That’s gone by the wayside. What remains is just PC bullshit.

Don't worry, a little inclusion won't be what's keeping that Oscar statuette off your mantle….

True. I'll also never be as racist as her, too!

Yikes Ethan, “also” and “too” in the same sentence is redundant. I’ll correct for you. “I’ll also never be as racist as she.” Sweet dreams Ethan https://t.co/TmizKPoiG2

Diversity and inclusion should be taught, taught so well and so naturally and genuinely that it becomes second nature to our children.

Prompting this response from Alley this morning:

🤣But I ask you to explore my record of diversity & inclusion in anything I’ve produced & throughout my life. I’m not perfect but have fought for human & civil rights for 50 years. I just don’t agree w mandated, impossible to “police” quotas as a prerequisite 4 a “best” picture🤷‍♀️ https://t.co/PZy4QMZcEu

I don’t feel a desperate need to defend myself, but sometimes it’s important to go on record with your own history. Especially since people aren’t aware of our track records. Understanding is my goal. Understanding leads to change.

Biden’s America is going to be Lawless, socialist, and Bidenless….you know I’m right

← The Most Damning Revelations in 'Rage,' Bob Woodward's Forthcoming Book on Trump | Metallica's 'One' Played on a Santur is so Hauntingly Perfect →