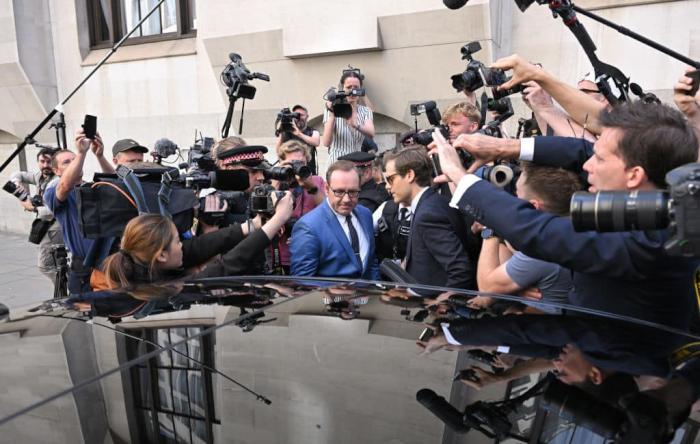 Kevin Spacey has been ordered by a Los Angeles court to pay MRC, the production company behind Netflix’s House of Cards, close to $31 million for alleged sexual misconduct behind the scenes of the series.

Spacey, who has been accused multiple times of sexual misconduct and assault against men and boys, was removed from the show after a number of allegations emerged in the aftermath of #MeToo. This prompted an investigation by MRC after a production assistant on House of Cards said Spacey groped him on-set. MRC then took Spacey to court, arguing that the actor owed them millions in lost profits because his misconduct forced them to remove him from the sixth season of the show, and it had to trim the season from 13 episodes to eight. The judge ruled in MRC’s favor, with the arbitrator finding that Spacey’s behavior was a breach of his contractual agreements as both an actor and executive producer.

Earlier this year, Spacey’s attorneys attempted to throw out the $31 million arbitration award. They claimed that his behavior was ‘innocent horseplay’ and didn’t violate any anti-harassment policies. That defense did not work. As noted by Variety, videotaped deposition testimony put forward allegations that Spacey violated MRC’s sexual harassment policy with respect to five crew members. Prior to this, CNN published a story that accused Spacey of creating a ‘toxic environment’ with his misconduct and non-consensual touching of young male staffers.

Spacey will also face further allegations of sexual assault in the UK. This May, he was charged with four counts of sexual assault and one count of ‘causing a person to engage in penetrative sexual activity without consent’ by the Crown Prosecution Service.

This is, at the very least, some form of justice. But yes, it is super skeezy that an accused abuser with multiple credible claims against him faces a greater and harsher punishment for screwing up a TV shoot than he does for hurting people. MRC didn’t sue to help his victims. They sued because he lost them money. It’s galling but it’s at least something. The bar is so bloody low.

Spacey’s doing fine, by the way. He’s set to appear in an upcoming film called Peter Five Eight, with that project’s producers insisting that they’re making ‘a film for fans who care more for the art than the scandal.’ Scumbags.


← The Inflation Reduction Act Is So *$#@ing Cool! | Tucker Carlson Took a Shot at Jon Stewart. It Backfired →