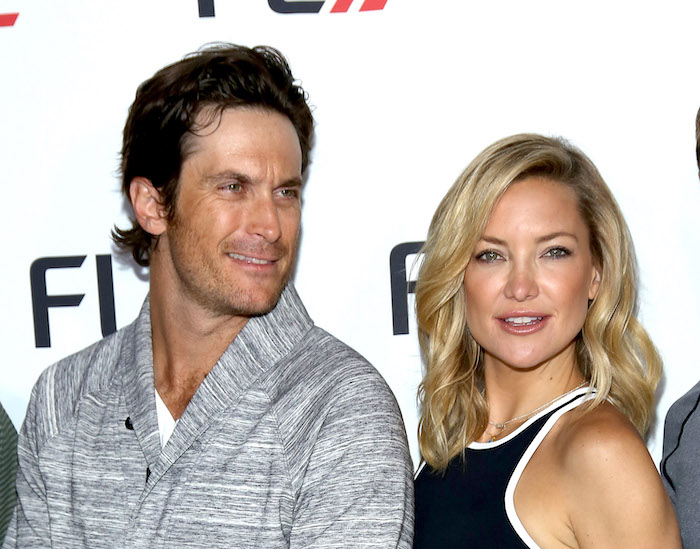 Kate Hudson Is Keeping it in the Family With Brother Oliver

Friends, the other Kate Hudson is launching a podcast with her brother Oliver. I bring this up not because I, too, have a brother named Oliver (of the seven dudes out there in this world who have some claim to the variation of the word “brother” to me, none are surprisingly named Oliver…) but because if I don’t, I violate the sacred and eternal order of Kate Hudsons.

Per People.com, this is what the podcast will be about:

… the actress shared that her “big hope” with their podcast is to “inspire people to understand their differences with their siblings and family and always move towards more closeness and connection because that’s what we need more in this world.”

You can see her entire announcement, via Instagram at the embed, below:

Dear @theoliverhudson, Today marks the day we announce our podcast show which I hope and dream will also lead to more fun adventures for us. I just want to say that these months have been some of the most special moments of my career (with the exception of every movie I’ve ever done). I have a good feeling about our little idea and I feel that people will really have fun listening and find it relatable. My big hope is that we can inspire people to understand their differences with their siblings and family and always move towards more closeness and connection because that’s what we need more in this world. Can’t wait to keep learning and laughing with you. I love you because you’re my brother, of course, but I also love you because you’re just one hell of a guy. It is important, however, to let it be publicly known that I am not responsible for you, the things you say, the way you see the world and your uncontrolled volatile flatulence and the casting up of wind from your stomach to your mouth. Glad I got this off my chest. Now…LETS DO THIS BROTHER! Love you, Sis (FOLLOW @siblingrevelry for behind the scene look at our show) 🎧 (You can subscribe on Apple podcasts or wherever you listen to podcasts for free! STARTING TOMORROW!) 🎧 #SUBSCRIBE #SiblingRevelry LAUNCHING FIRST THING TOMORROW ❤️❤️❤️ TRAILER AVAILABLE TO LISTEN NOW 👂

If you’ve ever wanted to hear a Kate Hudson talk to her brother about sibling stuff, this is an opportunity for you.

Now, I don’t know what those Hudson siblings will talk about, but I do know that if one of my brothers and I had a podcast we would basically only talk s*it about our parents (like the one time my dad loudly announced at dinner that Christmas was canceled, for reasons that were basically unclear to all of us. Christmas got uncancelled later that week, for equally unclear reasons, in case you were wondering), the fact that the house we lived in when we were growing up was haunted, and then take delight in pointing out all the embarrassing things the other one did over the course of their lifetime. It’s probably for the best that this Hudson sibling group keep it all to ourselves … for now.

I’m not a big podcast person. No one has yet to give me a convincing argument as to why I should listen to other people have a conversation that I can’t jump in on or change the subject matter to things I want to talk about, so I probably definitely won’t be listening to this podcast. However, if listening to that Kate Hudson and her brother Oliver talk about stuff sounds good to you, guess what? It’s your lucky day!

If you were hoping this was an announcement for my own, long-rumored podcast, where I read people’s online accounts of ghostly encounters and then let everyone know if I believe them or not (hint: the longer the supposed encounter is, the more likely it is to be false, especially if they come with lots of details) well, you’ll just have to wait longer. Probably forever, because I don’t have that kind of follow-through … on basically anything.

← The One Where Julie Andrews Proves Herself a True 'Friends' Fan | Review: Acorn's 'Slings and Arrows' Is a Ruthlessly Efficient Killing Machine →