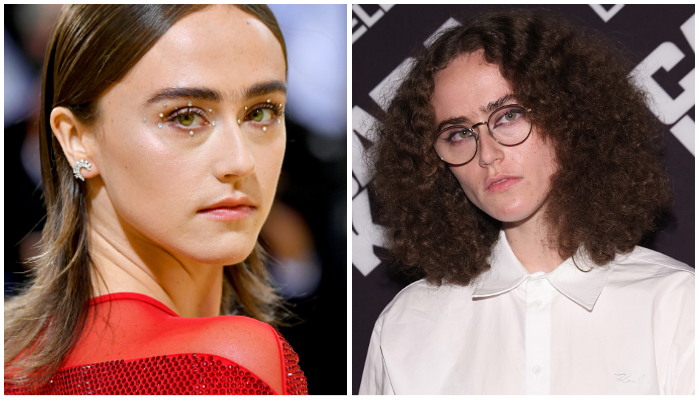 Ella Emhoff is the step-daughter of Vice President Kamala Harris and the daughter of Second-Husband Doug Emhoff. She is a model, designer, and apparently an icon, according to Bazaar magazine. She also has a knitwear line, which is insanely expensive .

In the real world, she’s probably a bit of an odd duck, but in the fashion world, she fits right in. She appeared at the New York Fashion Festival earlier this week, although we cannot show images because she wore only a skirt and a green see-through scarf that covered only one breast. Yesterday, however, she returned in an outfit more appropriate for the Internet, but no less striking.

She appears as though she’s getting ready for a motion-capture movie, and that’s the point of this style, according to the Post.

Maisie Wilen’s Spring/Summer 2023 designs featured CGI and special effects techniques used in filmmaking to show how fashion can evolve in a digital world.

“Maisie Wilen has always been digital-first, so innovation within tech is a natural progression of the brand,” the brand said in a press release, according to Gotham. “The Spring/Summer 2023 features motion-capture markers applied directly to the garments via print. These small symbols and dots, typically used in filmmaking by special-effects artists, allows the digital process to proceed beyond the development phase and evolve infinitely.” 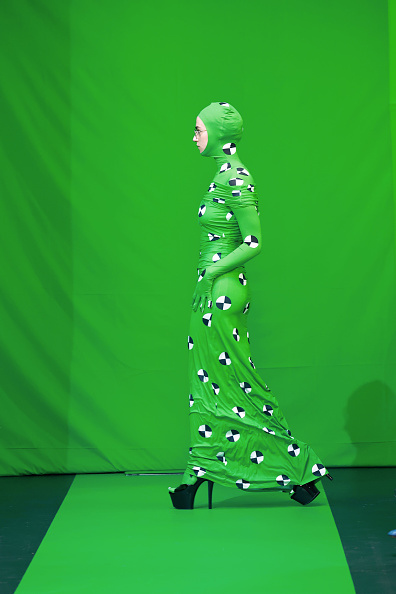 And yes, both of those photos in the header are of Emhoff. Fashion is kinda cool.