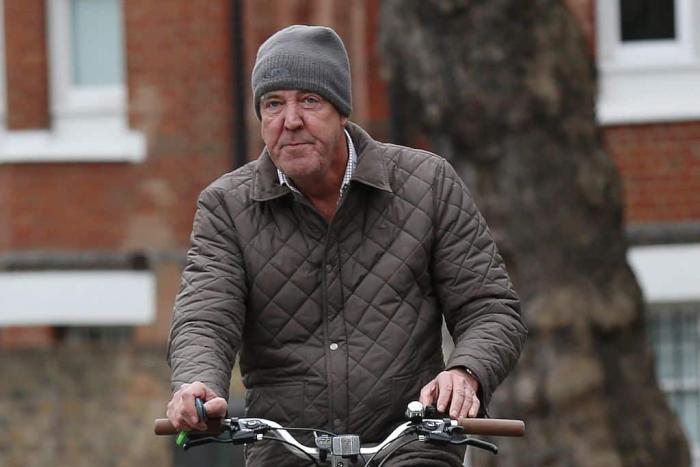 It surprised literally nobody that Jeremy Clarkson, the TV presenter and full-time crusty c*ck sock, launched a horrendous sexist attack against Meghan Markle. It’s now part of the licencing exam for the British press. Oh, you want to write a column for a major publication? Prove it by talking about how much you hate Meghan and maybe throw in a few insults towards trans people while you’re at it.

Clarkson, in his column for The Sun, ranted about how he hated Markle on a ‘cellular’ level. He claimed that he was ‘unable to sleep as I lie there, grinding my teeth and dreaming of the day when she is made to parade naked through the streets of every town in Britain while the crowds chant, “Shame!” and throw lumps of excrement at her.’ It didn’t go well, which seemed to surprise Clarkson. In fairness, he’s made a lot of money over the years from being a loud-mouthed bigot under the guise of ‘being a truth-teller’ so why would he expect consequences now? Well, there were, for once.

According to the BBC, 6000 complaints were filed against The Sun for that article. An apology of sorts was issued, and now, Clarkson’s offering a new one. It’s somehow even more pathetic than the last time.

I mean, where do we even begin?

Do we start with him pre-empting his ‘apology’ with the implication that it won’t be accepted? Or him saying it was all kind of an accident because he wrote the column ‘in a hurry’ and didn’t read over it before hitting Send? Try using that excuse when you’re literally anybody else in this business. He claims that he was rarely accused of sexism when hosting Top Gear, so he’s STUNNED that anyone would think he was inciting violence towards Meghan. He’s clearly more upset that he might lose his high-paying gigs than the hurt he caused. He’s the real victim here. And, of course, he ends it by noting he’s about to be a grandfather soon (his own daughter, Emily, decried his column as sexist garbage.)

Meghan and Prince Harry weren’t having any of it. The Sussexes released their own statement noting that Clarkson addressed his ‘apology’ to Harry and not Meghan. Super chivalrous, right? They also added, ‘While a new public apology has been issued today by Mr. Clarkson, what remains to be addressed is his long-standing pattern of writing articles that spread hate rhetoric, dangerous conspiracy theories, and misogyny.’

Did we mention that, the week Clarkson’s article went live, he was seen having lunch with Queen Consort Camilla? What a coincidence…

The slivers of consequence are rearing their head for Clarkson. Variety reported that Amazon Prime, which hosts a number of his shows, are ‘unlikely’ to continue working with him in the near future. But don’t celebrate just yet, because they’re still going to broadcast his stuff into at least 2024. So brave. Such justice.

Buckingham Palace has issued no statement on this. Funny that.

Talking about Jeremy Clarkson is a tedious endeavor. This is the man who was sacked from Top Gear for punching a producer because his meal wasn’t hot enough for his liking. He’s a scumbag, always has been. That’s what made him famous. He’s but a symptom of the wider problem, the rot at the heart of the British media that pretends ceaseless ignorance is a substitute for speaking truth to power. This is a man who is guilty of gross professional misconduct time and time again yet keeps getting gigs. He’s not an exception either. He’s the rule. There’s nothing that separates him from the likes of Piers Morgan, Nigel Farage, every royal reporter, Dan Wootton, and the gaggle of rent-a-gob right-wingers who make their money from the most astonishingly bad-faith attacks. That Clarkson is a friend of the new Queen speaks volumes to the priorities of the media, the Windsors, and the very institutions of power that govern us.

And, OF COURSE, the usual suspects are now pretending to be mad at the Sussexes for not accepting what was obviously a false apology from a self-serving creep who cares only for his bottom line. I promise you, kids, you don’t have to forgive anyone, even if they apologize, but especially if their mea culpa is as rotten as Clarkson’s.

Abolish the monarchy and dump Jeremy Clarkson along with it.