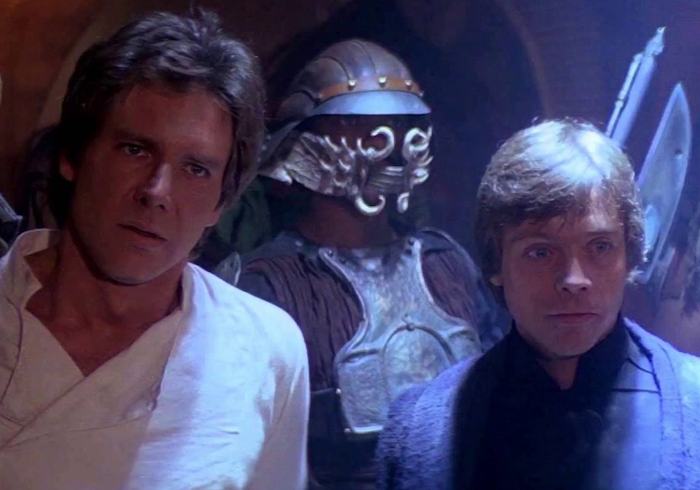 Forgive me for what I’m about to show you, as I myself have turned to the Dark Side and somehow stumbled on to Ivanka Trump’s social media accounts. I promise you it’s for a good cause (the good cause being a pile-on of a narcissistic s*it head who is actively contributing to the ruination of our country and world.)

The Force is strong in my family. ⭐️ pic.twitter.com/oT0jFfy5Lb

It’s clear that Ayran Barbie has never seen a Star Wars. Perhaps she asked some intern to watch it for her, and because they hated her, gave her distorted talking points? Perhaps they told her there were dragons and time-traveling cyborgs in it as well, and we’re all about to reap the rewards of this intern f*cking with her?

Or, in the words of Yoda, there is another…option. She has seen a Star Wars, and for whatever reason, thinks the Stormtroopers were the good guys?! I mean that tracks too with her general persona of indifference and cruelty.

She probably sat down to Rogue One and cheered when Jyn and co. “got what was coming to them” (her words, probably.) She also probably wanted to send the Rebel Alliance an itemized bill for each time they destroyed the Death Star, because the only thing worse than the scrappy, multi-cultural underdogs winning, is when they cost you money. Her favorite character is undoubtedly Jar Jar Binks, even though he was on the wrong side of the aisle, because she found him funny and engaging.

I don’t know, man. This is all kind of jarring, which basically sums up the past 3+ years, honestly.

I know hateful, delusional, rich people think they are the heroes of their own stories. I’ve seen Succession. I also know that there will always be people who look toward these dummies as people who are simply better than the others, due to their inherited wealth and privilege; as if being born to a racist as*hole was somehow a worthy accomplishment. What I can’t wrap my head around is how the f*ck Ivanka thinks a Stormtrooper has the Force? That caption makes no sense, yet it explains everything you need to know about Ivanka and her family.

I guess it’s a mystery for the ages, friends, like what happened to Chewbacca’s son, Lumpy.