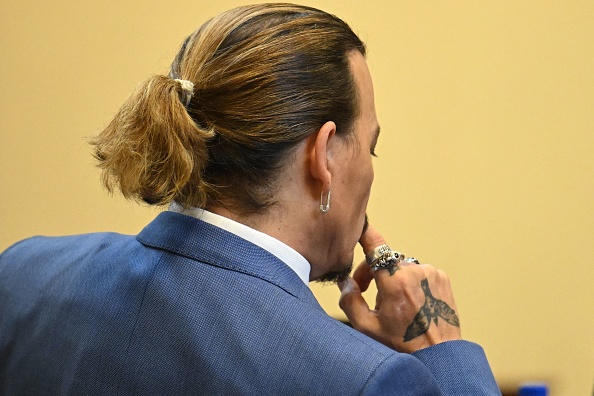 If the Jury Messes Up the Depp v. Heard Verdict, There's No Hope for the Jury System

We all know that, though it may be the best option available, America’s jury system is flawed. Juries often ignore the law in favor of their emotional responses or because of their biases. Look at the O.J. verdict. Look at the Adnan Syed verdict (he may have murdered Hae Min Lee, but there was certainly reasonable doubt). Look at the fact that Black people are 7 times more likely to be wrongfully convicted than white people.

From a legal perspective, the Depp v. Heard verdict should be a slam dunk. The jury has been presented with very simple jury instructions. A reasonable jury would find in favor of Amber Heard. But we do not always live in a reasonable society.

— “I spoke up against sexual violence — and faced our culture’s wrath. That has to change.”
— “Then two years ago, I became a public figure representing domestic abuse, and I felt the full force of our culture’s wrath for women who speak out.”
— “I had the rare vantage point of seeing, in real time, how institutions protect men accused of abuse.”

That’s it. For the purposes of this trial, those are the only three statements that matter. The question is: Are those statements defamatory? For a public figure, that’s a very high burden. Johnny Depp has to prove:

1. That the statement was made or published by Amber Heard? Yes.
2. Was the statement about Johnny Depp? In my mind, you can imply that the statements reflected her experiences with Depp, but are they specifically about him? They seem to be “about” the challenges facing women — particularly public figures — in speaking against sexual violence when institutions most often protect men (and not “a man”) accused of abuse. But maybe I’m splitting hairs.

Even assuming that the jury concludes these statements are about Depp, they still have to prove that they were defamatory.

3. To do so, they have to prove that the statements were false. Forget about the weeks of testimony regarding the abuse she experienced while married to Depp. Even if none of that was true — and clearly, much of it was — it is unequivocally true that she “spoke up against sexual violence,” that she “became a public figure representing domestic abuse,” and that she had the “vantage point of seeing how institutions protect men accused of abuse.” Even if she never experienced domestic abuse (and again, she definitely did), it is true that she spoke out as representative of those who experience domestic abuse.

5. At this point, the jury should have already ruled in favor of Heard. But assuming somehow that they answered yes to the above questions, they still have to ask: Did Amber Heard specifically intend — with actual malice — to defame Depp? “Actual malice” is a very high standard that has to be provided by “clear and convincing evidence,” and it’s the reason why public figures so very rarely win defamation cases.

I don’t see how any jury could reasonably conclude that Amber Heard, in writing about her experiences as a victim of domestic violence, did so with the specific, malicious intent to harm Johnny Depp. Where is the “clear and convincing evidence” of her intent? Her motivation was to speak on behalf of other victims of domestic violence as an ambassador on women’s rights for the ACLU. Only a raging narcissist would conclude that her intent was to maliciously harm Johnny Depp in the three above statements.

People watching the trial have focused most of their attention on whether Amber Heard was a victim of domestic abuse. I think a reasonable jury would conclude as much — a court in the UK certainly did. But the real question, the one that the public is ignoring, is whether she made those statements in her Post op-ed with the specific, malicious intent to defame Johnny Depp? I don’t see how any reasonable jury could conclude as much unless those jury members were purely motivated by an emotional connection to Depp.