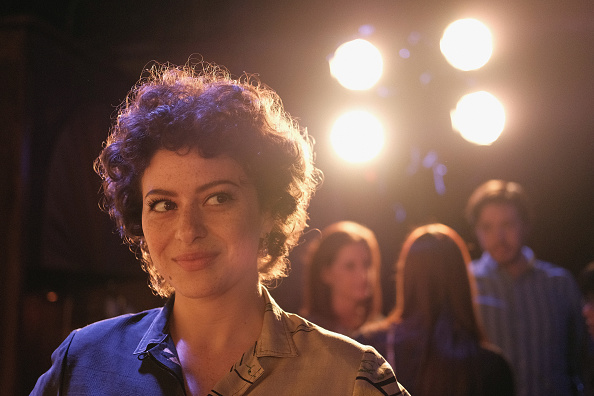 I Mean, It's a Little Weird that Alia Shawkat is Biking Over to Brad Pitt's House During a Pandemic, Right?

Listen, we are not here to judge. We are simply here to observe, and what we observed over the weekend is Alia Shawkat of Arrested Development fame riding her bicycle over to Brad Pitt’s gated community on her own birthday. But as every single site that as written about this is quick to note, Alia Shawkat and Brad Pitt are not dating. They just share a love of art. And I guess that on her birthday, Alia Shawkat wanted to ride to Brad Pitt’s house on her bike during a pandemic just to talk about art. In other words, Alia Shawkat defied social-distancing orders so that she could spend her birthday with Brad Pitt. To talk about Thomas Houseago. Probably.

Why would anyone suspect anything otherwise? They have been spending time together for months! As friends. Who talk about art. That’s what sources are quick to point out to gossip outlets anytime that Shawkat is seen with Pitt. They’re just friends! FRIENDS.

What I don’t get here is that the big story is that Alia Shawkat is hanging out with Brad Pitt but definitely not dating, but no one seems to be shaming Shawkat and Pitt for defying lockdown orders. Meanwhile, they hounded Josh Brolin until he publicly apologized after he took the kids next door to see their grandmother, Barbara Streisand, and grandfather, James Brolin. Josh was just going to take them over to take a picture in front of their pool (Josh, who lives next door, has no pool), but the temptation was too much and the grandparents couldn’t help themselves. Hugs were probably shared, and one-year-old toes were probably kissed. Josh Brolin made the mistake of taking a photo and posting it to Instagram (although he has since deleted it).

He got waylaid on social media, and he was forced to apologize.

“The responses brought me back to my own truth. It’s humbling as hell, because I know there are some people out there with no masks, no gloves, no interest in it, they think it’s in your head, that you’ll survive because of immunity that is created because of your own psychic weight. But I know for me that’s not the case and we’ve been very responsible and I apologize about that.”

Wait, does psychic weight impart immunity? Where can I get some of that?

So, let this be a lesson, y’all. If you are going to break social distancing rules, do it for your not-boyfriend, Brad Pitt, and not for your step-mother, Barbara Streisand.