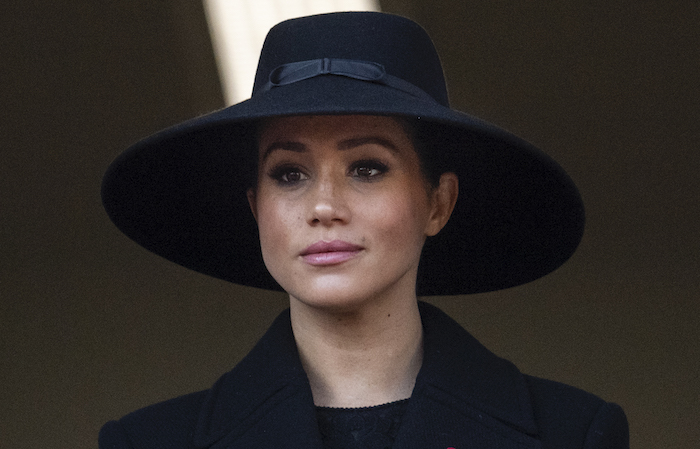 I Did My Makeup Like Meghan Markle and Well, My Life Didn’t Change

I recently turned an age that can now be qualified as nothing but mid-thirties. As a result, I did what everyone does in this situation—I spent all evening Googling what Meghan Markle does for skincare and makeup and then vowed to follow the same routine.

I obviously quickly lost my resolve on the skincare thing, but I did decide to try, once more, to tightline my lower eyelid and go all in on Meghan Markle’s makeup lewk, which you can read about here.

This is my diary for the day-long experiment.

I wake up, having only gotten about 5 hours of sleep because I stayed up way too late watching Disney movies on Disney+ the night before because nostalgia is a hell of a drug. How did I miss how supremely f*cked up Beauty and the Beast is? That’s a post for another time, we’re focused on a different princess today.

I go on a four-mile walk. This is all has nothing to do with anything, I just want to publicly state I exercised today because it’s a rare day I wake up early to do it.

I wash my face with a Tatcha oil-based cleanser while praying to the demon god Barbas because I figure Markle is spiritual and it’s probably good to believe in something. I’m kind of dead inside.

Then, I slather on some hyaluronic acid I was given in a Sephora gift bag and top it off with my Drunk Elephant Vitamin-C serum which is technically past the expiration date, but I paid like $80 for it and I’ll damned if I throw any product out. This is topped with Drunk Elephant Lala Moisturizer because I have dry skin. (Mental note: add that on the list to pray to my demon about.)

Now, on to the makeup.

Prime my skin with Honest Everything Primer, and pump out the dregs of my YSL Touche Eclat Le Teint Radiance Awakening Foundation (BD 25) and paint it on like spackle on my face with a brush because sheer foundation is for women in their twenties, dammit. Then, I use an eyelid primer (MAC’s Paint Pot in Soft Ochre, which if the Vitamin C serum was out of date, this most definitely is, but I’m not made of money, just diet coke and sarcasm, so I soldier on.) I use Anastasia Dip Brow in Soft Brown on my eyebrows because even though my hair is very dark, I bought it last year to soften up my look and that was probably a mistake but I’m too lazy to go get something else. I have patchy eyebrows (genetically, not from over-plucking) so, I do the best with what I’ve got, we can’t all be blessed with good eyebrows like Meghan.

If you want the Markle look, it’s all in the eyes, so this is where I should spend the most time, but I don’t, I’m already kind of running late. I bust out an old palette (Urban Decay’s Gwen Stefani collaboration, yes, I know this is super old and yes, I know I should throw out my old stuff, but who among us does this, really? Does Meghan? She’s not here to answer, so let’s go with no.) Anyway, I use this palette because it has a lot of browns, and that’s the general color scheme Markle works with. I pick a few shades to put all over my eyes, not like a toddler would…but close. I have a terrible memory, so you’re going to have to guess which ones. I woke up really early, remember?

Then, it’s on to the eyeliner. This is where Markle and I deviate. I love a big, trashy cat-eye that goes all to my brow bone, think only slightly less in-your-face than Amy Winehouse. Markle does not favor this look, and she is now a royal, so it’s clear she must be doing something right over me. Let’s assume it’s the eyeliner and not an intrinsically better personality and disposition on her part. Speaking of difference, I usually leave my lower lid alone, save for a bit of eyeshadow. She tightlines (putting eyeliner on the lower lid, above the lash line), so I’m going to tightline too. Maybe today is the day my life finally changes for the better, and not the worse, per usual (mental note: maybe I should return those forbidden rocks I took from that sacred park that one time.) I use Marc Jacobs’ Highliner Gel Crayon in an Earthquake on my lower lid. It’s a dark brown, which is what she uses, so look at us! Twinsies!

I successfully line my lower lids without stabbing myself in the eye, I consider this a win. I top off my upper lid with a more subdued eyeliner line than usual, which ends a little after my natural lid, using Tarte’s Tarteist Clay Paint Liner. It is very hard for me not to keep going towards my ear, here.

This is all topped off with Nars blush in Exhibit A, Kat Von D’s Go Big or Go Home Mascara, Glossier’s Stretch concealer in G9 (I got very little sleep, y’all), and of course the only product both Meghan Markle and I use, the YSL Touche Éclat highlighter pen, slathered strategically over my face to make me look human and not like two, sub-humanoid space creatures stacked on top of each other in a human meat suit, which I am most definitely not and I don’t know who told you otherwise.

This is the end result of my efforts, which took me approximately 20-ish minutes to pull off. (Note—I am 95 percent sure Meghan also uses false eyelashes, but I have to go into the office today and I feel like that would invite more questions than I want.) 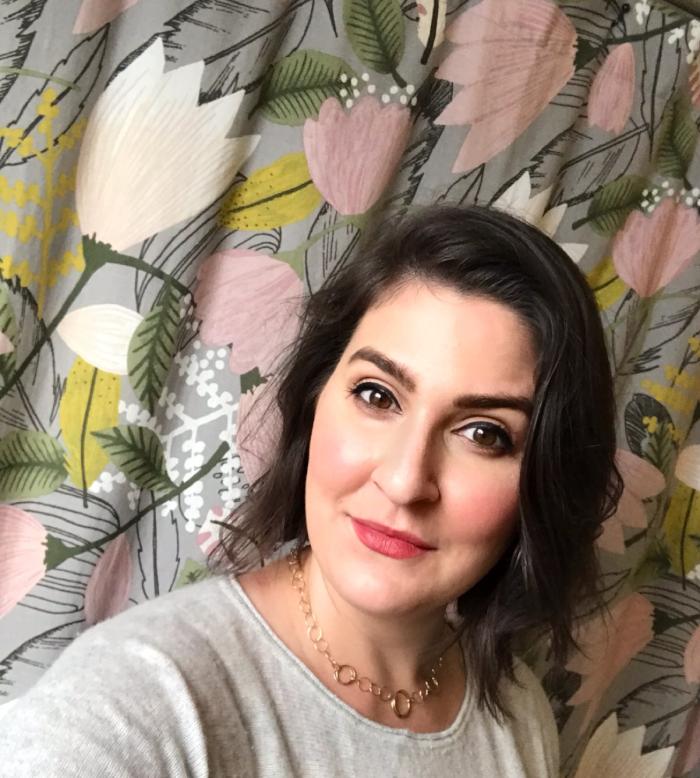 I am feeling good about the *lewk* until I try to take a picture of it, and f*ck me, I’ve had this damn face for more than thirty years and I still don’t know how to take a flattering picture of it. Oh well. 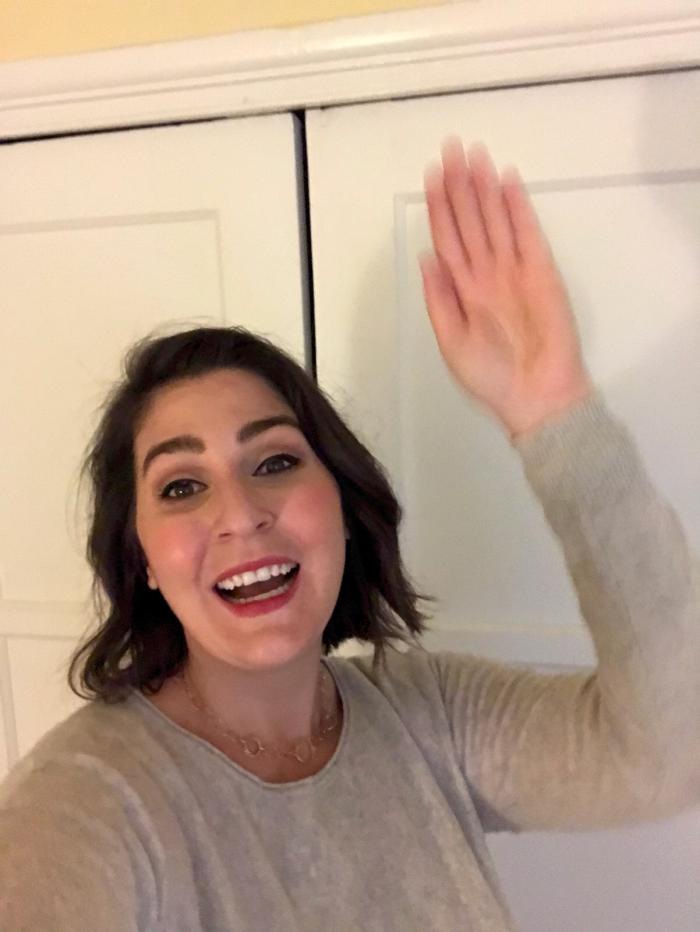 Here’s me practicing my royal wave. You gotta be ready at all time, right? Today is my lucky day, I just feel it. I should google eligible royals once I’m at the office so that I recognize them when I see them, and obviously sweep them off their feet…for love. Not in a grift. You need to stop listening to what other people say about me, OK?

I get into the office. No one notices I’ve changed it up. That’s probably a good sign, honestly. If someone said—“Wow, you look like Meghan Markle today” I would probably be upset that I was in an office and she was out at some fabulous event, eating free food. It’s better this way because as far as I can tell, there is no free food available to me at present.

The eyeliner on my lower lids is gone. I was expecting this, how the hell do people tight line? So far, the makeup is holding up, though. I spend far too much time trying to document the makeup because again, I don’t know how to take a selfie. This is what you get. 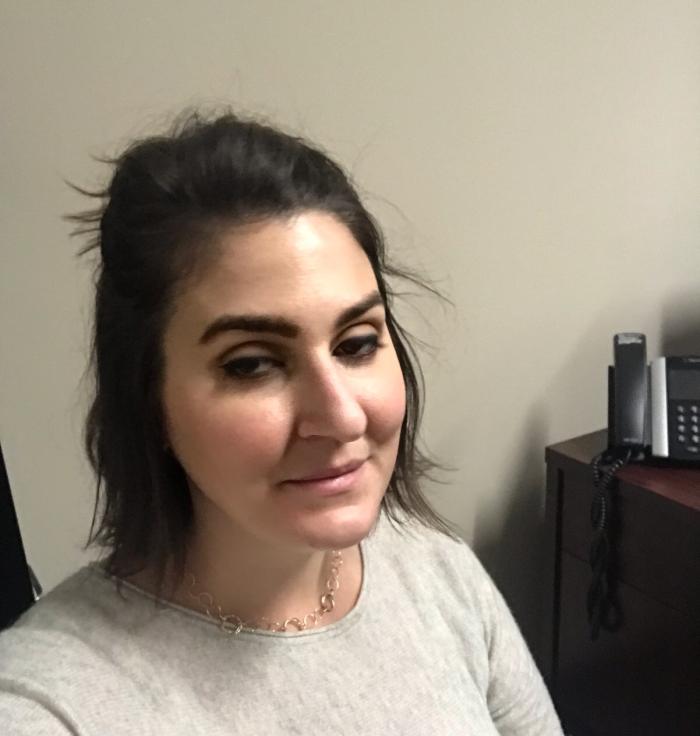 I check the news. My father has yet to sell any stories about me to anyone. I know because I’m embodying Meghan Markle today, the reason behind this can’t be that I’m a nobody. Today, I’m a somebody, ergo, it’s only a matter of time before I get sold out. This is obviously the toll you pay in order to do your face like hers. I am prepared for the fallout.

There is fallout, friends, but it’s on my face and not in the press. I feel like all the extra makeup I put on in order to embody MM has migrated under my eye, which now has a metallic, grey pallor to it. Perhaps I should have tried this experiment on a day I got more sleep, but I only wear makeup when I leave the house, and I only leave the house on Wednesdays, so that was never going to happen. I hold a diet coke can up to my face, and I do see similar undertones. Does Meghan Markle ever do this? Royals, they’re just like us! 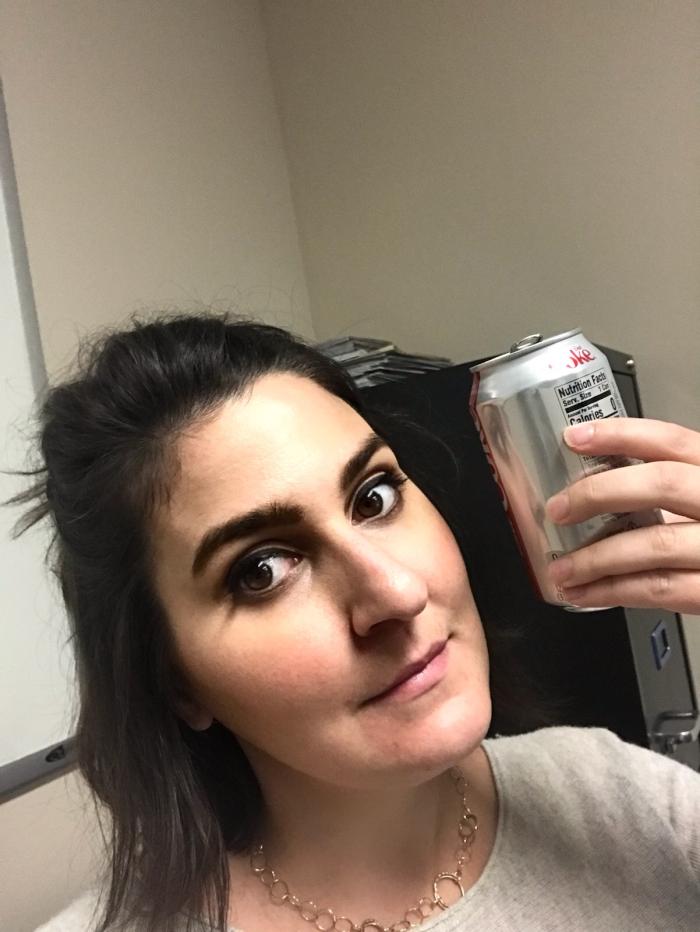 I miss my dog. I wonder if he’s thinking of me right now? I don’t know how I ever worked in an office, 8+ hours a day, 5 days a week. That’s so much time to spend apart from one’s dog and non-judgmental pants.

Look, by this point anyone who wears makeup knows that it doesn’t get better once it starts the great migration down your face. Let’s save the selfie for later. Possibly after my first glass of wine.

After a long-ass drive home, I have canceled all my plans for the evening because wearing Meghan Markle’s makeup doesn’t mean you can avoid traffic, and after taking almost an hour and a half to get home, I’m spent. I wonder if this is how she feels all the time?

Plus, I’m starting to suspect running into a Royal, falling in love, and getting married in front of Serena Williams doesn’t just happen on a whim, ya know?

I do a quick Google search. Not only have no stories been sold about me to the press, but I’m not even a fashion icon. Ugh.

Even though half of what was on my eyes this morning has migrated underneath it, because I’m now in pants that have a drawstring and am not under the harsh florescent lights of the office, the makeup doesn’t look half bad even though I’m tired AF. 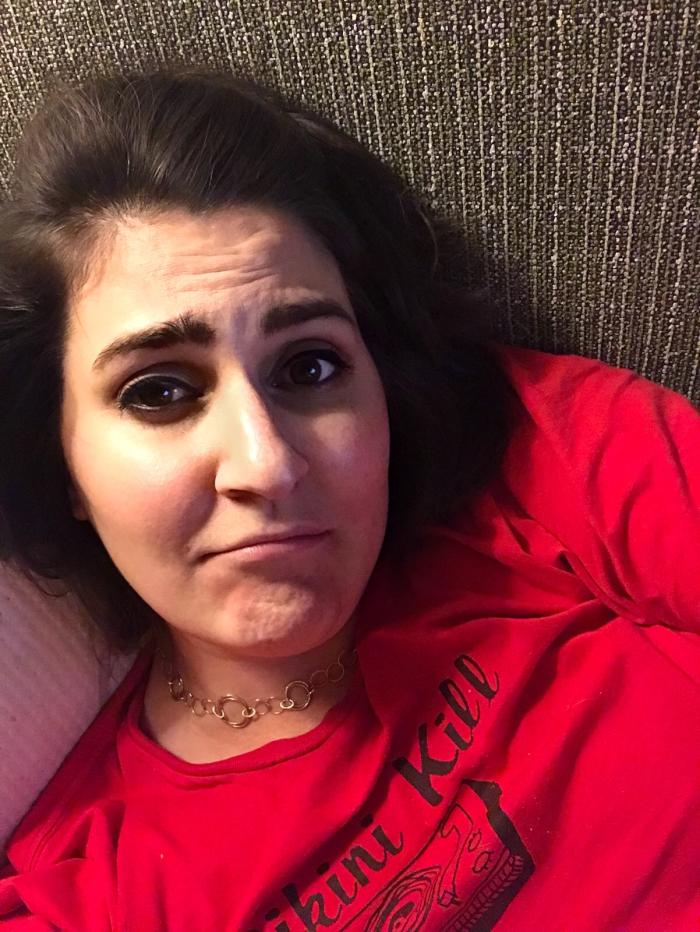 So did I learn anything wearing Meghan Markle’s face for the day?

Not really. I probably wouldn’t tightline my lower lid again, because it didn’t do anything and also, it’s probably not great to have makeup that near your cornea. But I’m not a princess, so what the hell do I know?!

Next time I try to become someone via their makeup, I’m picking a member of ICP, because I’d rather live in ignorance of how magnets work, because the real truth is horrifying and once known, can’t be unknown.

← Why Does The Rock's Movie Announcement Call Black Adam A Superhero Instead of a Villain? | The Mandalorian Could Get It But He'd Have to Keep His Helmet On →

Image sources (in order of posting): Getty, all others Kate "Not Meghan Markle" Hudson